Life is pretty weird. No matter how many belief systems, philosophies, and structures we try to impose on it, it keeps finding ways to outsmart us and crack us up.

Just last year, a monkey attacked a lab technician and stole COVID samples. What could he possibly be doing with those? We don't know — and we'll never know — because life is just weird.

Thankfully, we have insurance.

There are some people who take the old saying "expect the unexpected" too far, and get insurance for things that will really make you scratch your head. Strap in folks, we're going to walk you through some weird coverage options. 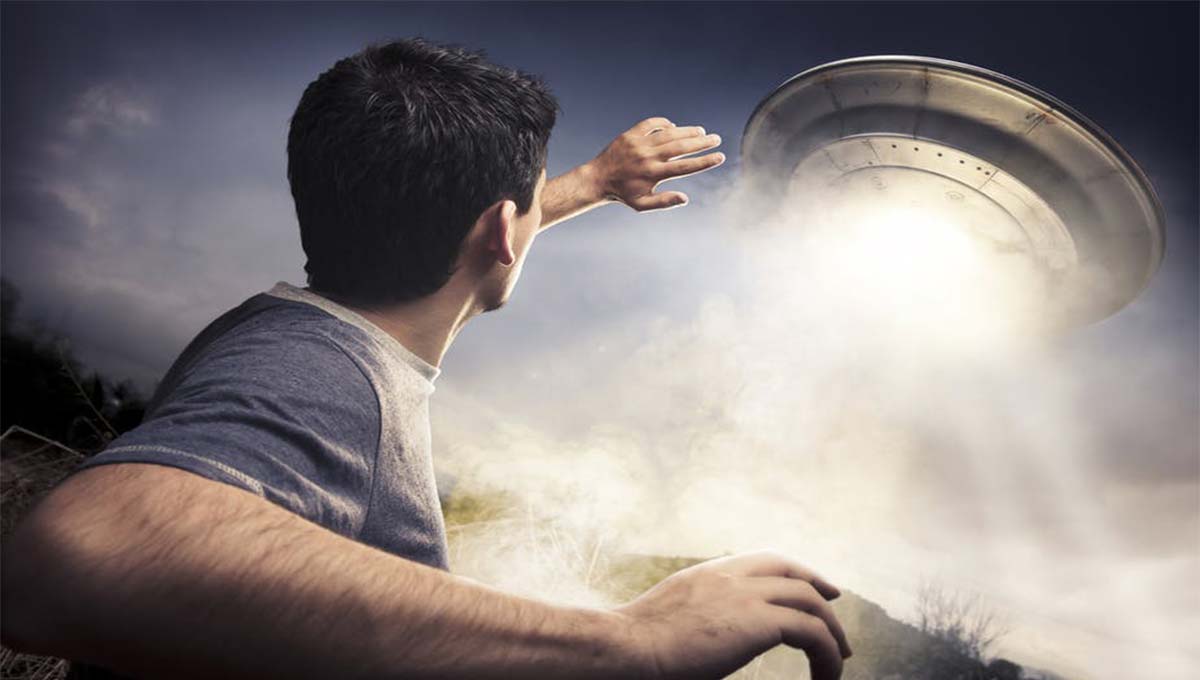 Alien abduction insurance companies promise to cover you from injuries incurred as part of the abduction process, psychiatric care (in case the abduction rattled you a bit), and even alien pregnancy.

That's right, we're starting off strong with Alien Abduction Insurance (AAI). Pop culture doesn't focus as much on flying saucers as it used to — but that doesn't mean some people don't still fear getting abducted by extra-terrestrials who may very well be smarter than us.

Surprisingly enough, alien abduction insurance doesn't work all that differently from more standard types of insurance. You set up a payment plan for a premium, and the insurance company covers any expenses you might suffer from an alien abduction.

What are some of those expenses? I'm glad you asked. Alien abduction insurance companies promise to cover you from injuries incurred as part of the abduction process, psychiatric care (in case the abduction rattled you a bit), and even alien pregnancy.

It seems strange at first, but when you break it down, there's a strange logic. The chances of anyone getting abducted by aliens are slim to none. However, if it does happen, it's nice to know that we humans have come up with a sensible way to deal with it.

In fact, the alien abduction insurance process isn't far off from disability insurance.

We understand that taking the steps to buy alien abduction insurance is an important, and scary part of anyone's life. Make sure you consult your family about it and let them know you're only getting covered because you love them. If you need a different type of insurance to give you practice for the big decision of AAI, consider buying disability insurance. 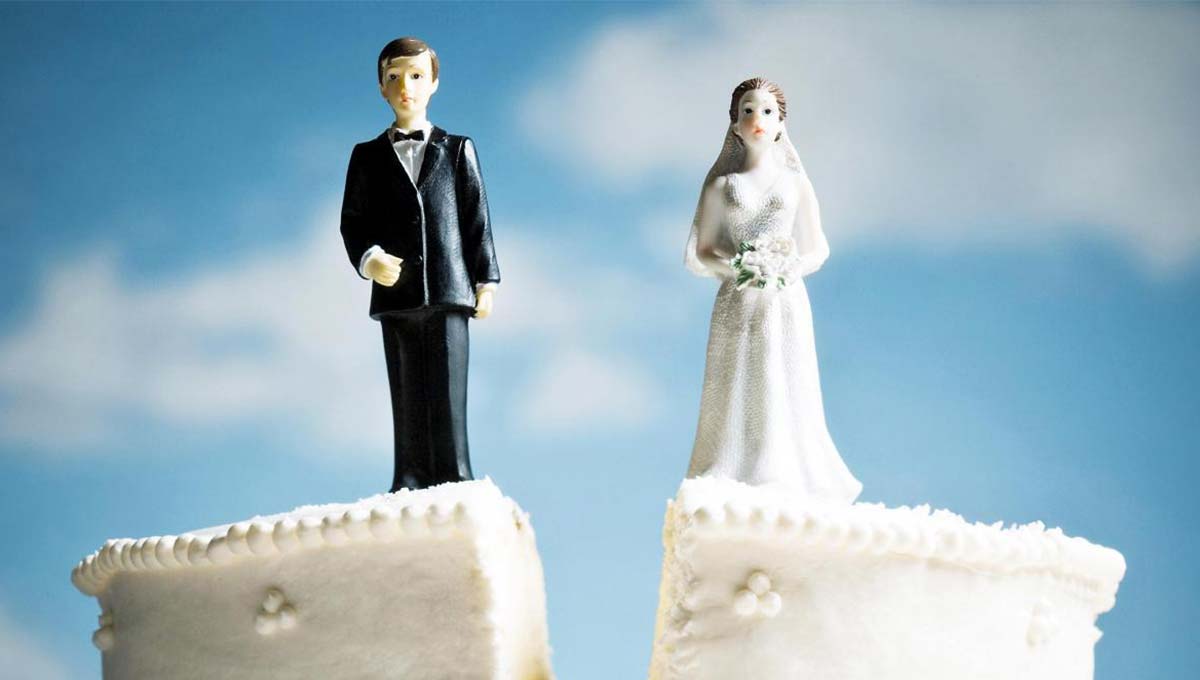 Cold Feet Insurance covers the ghost of wedding planners, venues, cakes, dresses, etc. in the event that you and your betrothed decide to call the whole thing off.

This one is just a bit more practical.

Costs of weddings run high. Like...very high. If you happen to be engaged to someone that you love — but you're not quite sure about, Cold Feet Insurance has you covered.

Cold Feet Insurance covers the ghost of wedding planners, venues, cakes, dresses, etc. in the event that you and your betrothed decide to call the whole thing off. This may seem a bit pessimistic at first, but when you consider how long certain engagements last, it makes a lot of sense.

This insurance does make a good deal of sense. Where the weirdness comes is when you think about what it takes to actually get this type of insurance.

Imagining initiating the conversation with your spouse about wedding insurance. How do you approach that topic?

Do you ease into it? Just state it flat out? Do you have one of your friends tell one of her friends about it like crushes back in high school? Do you ask for her parent's permission first — like the old wedding permission? Do you have to talk to your best man/maid of honour just in case they'll be too disappointed that they won't get to give a speech?

The more questions you ask, the more the logic starts to fall apart. It's a bit of a self-fulfilling prophecy since the conversation "hey honey I think we should get Cold Feet Insurance" is likely to cause a fight, which in turn increases the chances you'll end up needing cold feet insurance.

There is a catch, however. Cold Feet Insurance doesn't generally cover getting left at the altar. Most providers require you to call the wedding a certain amount of time in advance.

Unfortunately, if you find yourself in a "The Graduate" situation, you might be out of luck...and out of at least twenty thousand dollars as well. 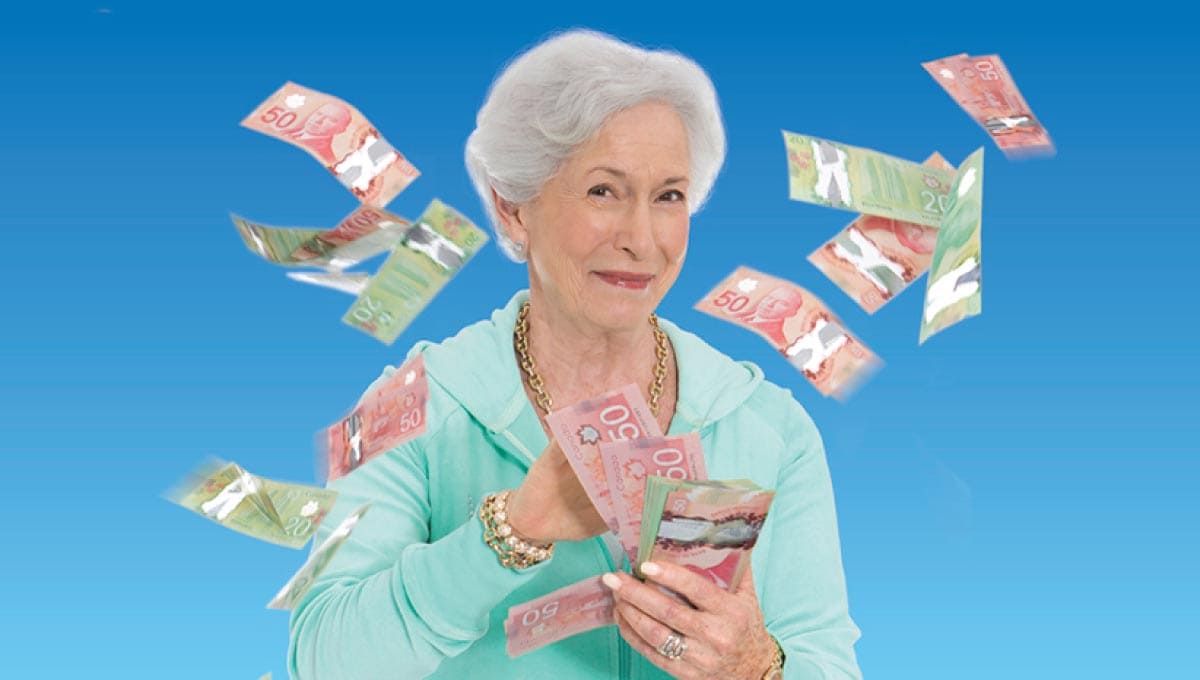 Workplace Lottery Insurance? It's exactly what it sounds like: In the case that all of your employees enter the lottery pool, win, than quit their jobs, you're covered!

And now, we begin to slide back down into the irrational.

Workplace Lottery Insurance — thankfully — isn't popular here in Canada. Most policies can be found in the U.K. We consider this good news because an employer that's afraid their employees are all going to win the lottery would not be the most fun person to work for.

Personally, I like to imagine a curmudgeonly old garage owner walking in to see all of his employees entering a lottery pool, panicking, and then begging his friend who owns an insurance company to open up some kind of protection for him.

At least there would be something resembling a reasonable explanation if that was the case. 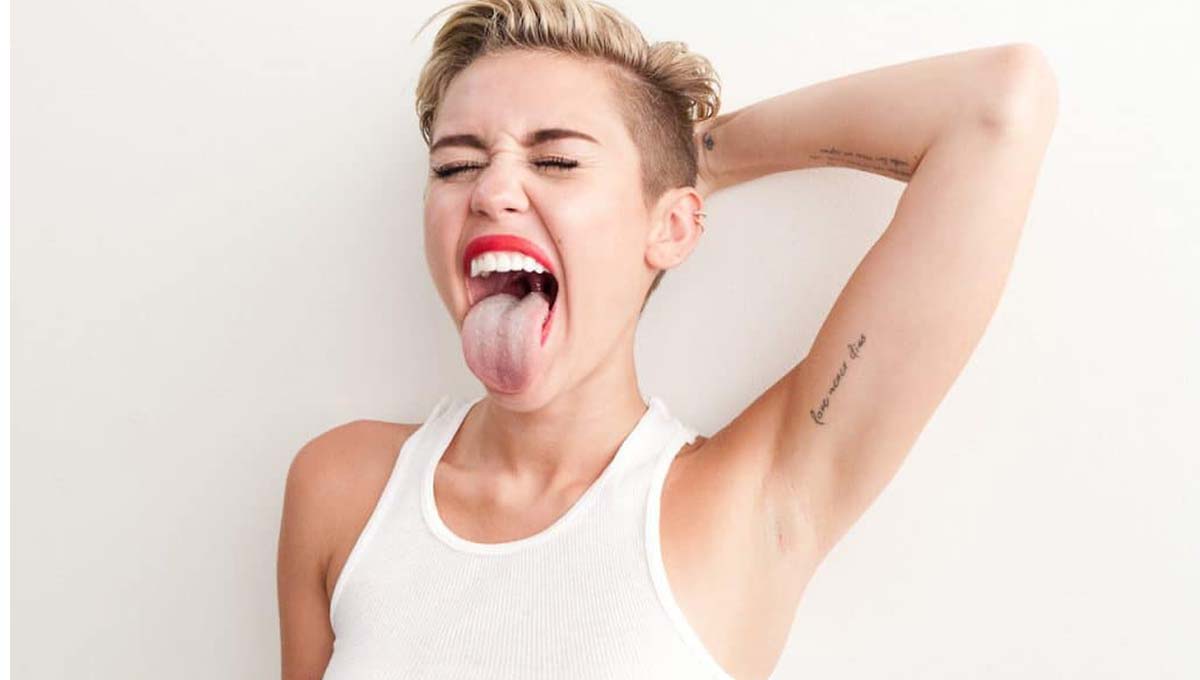 When Miley Cyrus broke out of her youthful child-star days and started living it up as a controversial entertainment diva, she adopted a tongue-out facial expression as her signature pose. This led to people recognizing the tongue, people talking about the tongue, and Miley insuring her tongue for one million dollars.

Leave it to the world's celebrities to come up with weird ways to spend their money.

Many celebrities have taken it upon themselves to ensure certain signature parts of their body. Whether they're doing this because they believe their body parts are actually worth exorbitant amounts of money, or as a sort of comic publicity stunt, it's certainly strange to think about.

When Miley Cyrus broke out of her youthful child-star days and started living it up as a controversial entertainment diva, she adopted a tongue-out facial expression as her signature pose. This led to people recognizing the tongue, people talking about the tongue, and Miley insuring her tongue for one million dollars.

But it gets more ridiculous than that yet!

Tom Jones — the "What's New Pussycat" singer of yesteryear — insured his famous chest hair for somewhere in the range of seven million dollars. Words cannot express how difficult it was to type that. 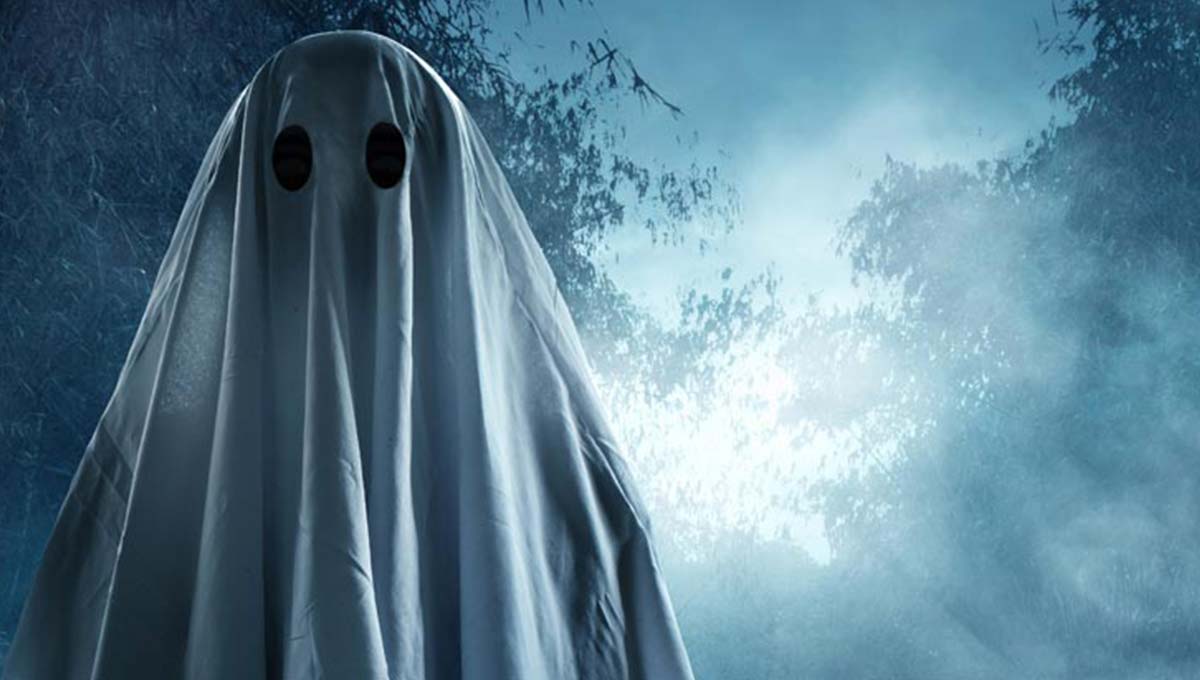 That's right folks, Spooksafe Insurance ensures that families of people killed as a result of an encounter with the extra-normal are covered.

If you have been injured by a ghost, spectre, poltergeist, phantom, wraith, banshee, or perhaps been a vampire, you may be entitled to compensation.

That's right folks, Spooksafe Insurance ensures that families of people killed as a result of an encounter with the extra-normal are covered.

Once again, it's tough to tell if people take this out for the comedy/novelty of owning supernatural insurance, people are actually concerned for their lives because of ghosts, or some strange combination of the two where they don't believe in ghosts per se but you can never be too careful...

I should stop here, lest I start to justify why someone should buy Supernatural Death & Disability Insurance. To preserve an element of fairness, however, one should take into account the fact that there are some famously haunted places out there.

Be careful out there.

Fortunately, we're taking a step back into the rational. Ultra-sound technologies have evolved to the point where a person can tell if they're going to have twins, triplets, quadruplets, quintuplets, and yes, even sextuplets, months before a baby is born.

A couple may just not be ready financially for two children to enter their lives at the same time. This is why Multiple Birth Insurance exists: To ensure that any family who wants to have a child but winds up having two, can give those children the care that they deserve.

The kids shouldn't have less just because they were born at the same time, and the family shouldn't have to worry about money because of something out of their control.

Here's another one that's a bit more serious and makes a bit more sense. Kidnap & Ransom Insurance covers you in the event you get kidnapped and held for ransom. The insurance company will hire and dispatch a team of negotiators to get you out of a tough spot and reimburse your ransom

All Kinds of Weird Insurance

Get the Coverage You Want at the Best Rates
Get quotes in minutes and save on the best insurance policies.
Get Quotes

The world is a weird place filled with weird people. And, as it turns out, weird people want weird insurance.

While these types of insurance might leave you scratching your head, it's comforting to know that you really can be reimbursed for everything.

For more standard types of insurance, get a quote with us today.

Posted In:
Tags:
Why You Should Consider Investing in a Gold ETF in CanadaNext Post:
Booster Seat Laws in Ontario and Utmost Importance of Them
Recent Articles
New Credit Card Interchange Fees in Canada: What You Need to Know
6 Best Student Credit Cards to Consider in Canada for 2022 and 2023
EQ Bank Review: Savings Plus Account

APPLY NOW
Open a high-interest Advantage Account for your everyday banking and savings needs.
Categories
Back to blog
4.88
Average Rating
Based on 1717 reviews

Get the Best Insurance Rates and Coverage
Get customized quotes from experienced advisors and brokers who work for you.
Send Me Quotes
Related Posts
How Much Does a Root Canal Cost in Canada?
Alterna Bank Review
Top 8 Types of Business Insurance for Retail Businesses