Be it tornados, snow, lightning, or hurricanes, Canada's beautiful yet tumultuous climate can prove a minefield when it comes to protecting the roof over your head.

The Cost of Severe Weather Events in Canada

Severe weather events across the country racked up $2.4 billion in damages in 2020, making it the fourth-highest year for insured losses since the early 1980s.

The highest loss year on record was 2016, thanks to the catastrophic Fort McMurray wildfires in Alberta.

$5.261 billion was the bemouth bill that year and it was predicted that the federal Disaster Financial Assistance Arrangements would shell out $902 million a year at least between 2016-2021.

Experts claimed that climate change would be the primary cause of Prairie flooding in particular. 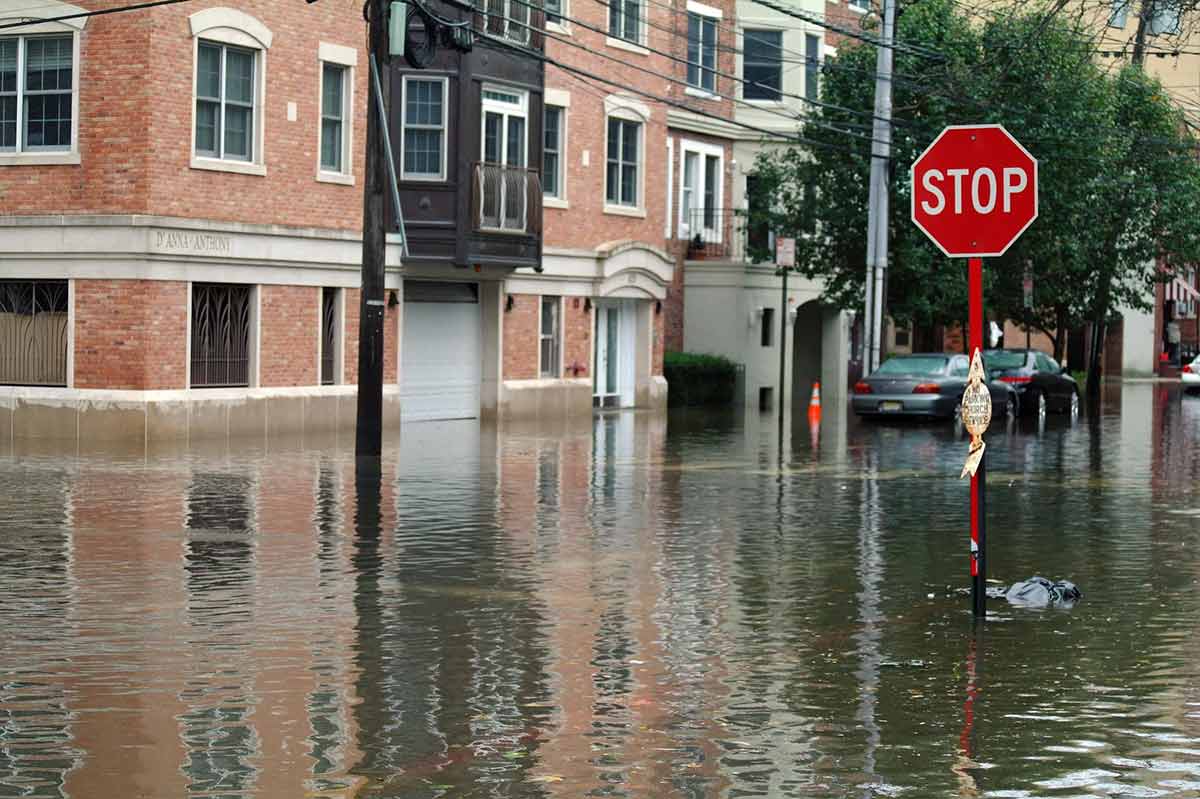 The floods were caused by an ice jam on the Athabasca River. Water levels rose to dangerous new heights, bringing down over 1,000 structures. It caused a whopping $228M in insured damages.

The most significant severe weather event in 2020 was the Fort McMurray flood.

The springtime floods saw around 13,000 people forced to evacuate their homes in late April.

The floods were caused by an ice jam on the Athabasca River. Water levels rose to dangerous new heights, bringing down over 1,000 structures. It caused a whopping $228M in insured damages.

Because of Canada's geography, and the climate that engulfs the country, flooding is one of the most common natural disasters to take place.

They are usually prompted by heavy or long-term rainfall, which can go on for days at a time. The ground then oversaturates.

Similarly, the aforementioned ice jams, or thawing snow on land or water, can bring about major floods.

This creates the biggest tides in the world - reaching a height of 16 meters. These gargantuan tides can take six hours to come in.

Flood preparation prevents property damage. Having an emergency plan in place is crucial, as is prepping your home in advance of flooding season by keeping your belongings above water level, using sealant around your basement doors and windows, and insuring drains, a sump pump, a backwater valve, and eavestroughs are all in order.

Hurricanes and Tornadoes in Canada 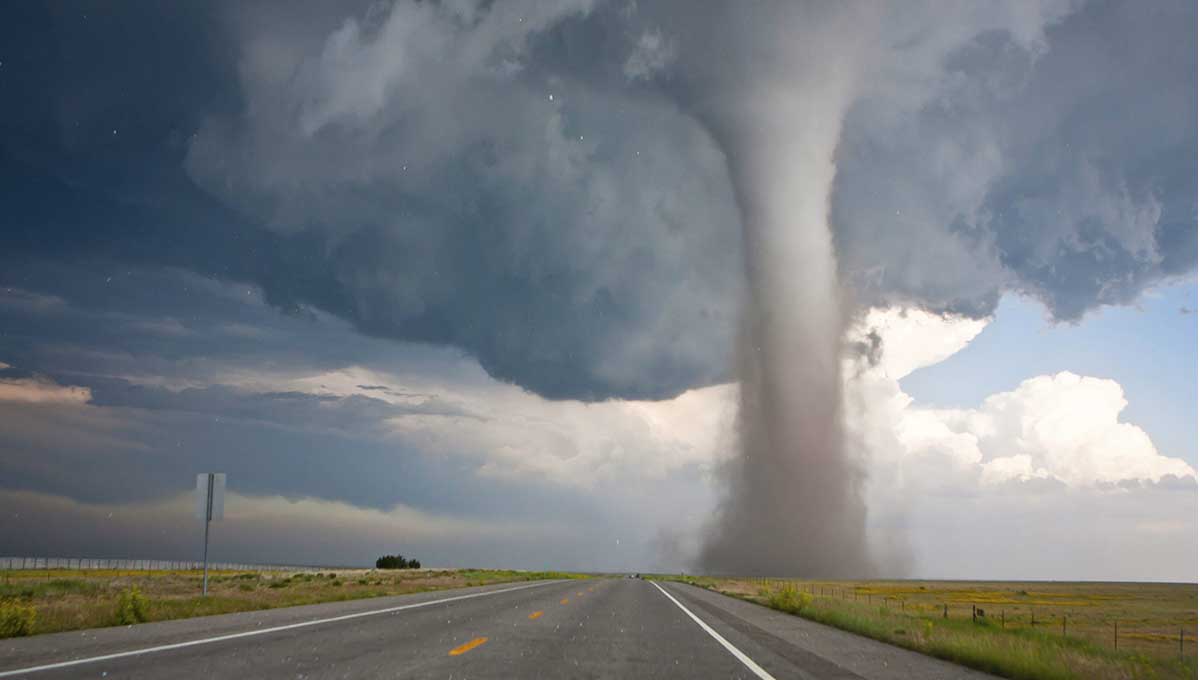 The most destructive took place in Elic, Manitoba, in June 2007. It was Canada's first official F5 tornado with excess wind speeds of 400 km/hr.

The summer months can bring hurricanes to the east of the country. This isn't common, but in 2003 Nova Scotia was ripped by a category 2 hurricane called Hurricane Juan, causing major damage.

Climate change - namely the above-average northern ocean temperatures - is the main culprit in enabling such severe weather in Canada.

More common are tornadoes, with the country facing around 60 per year.

The most destructive took place in Elic, Manitoba, in June 2007. It was Canada's first official F5 tornado with excess wind speeds of 400 km/hr.

Tornadoes are most common along the southeastern coast of Lake Huron - an extension of the US's famed tornado alley.

September 2018’s tornadoes caused $295 million in insurance costs in Ontario - an impressive amount of damage but not the worst on record. 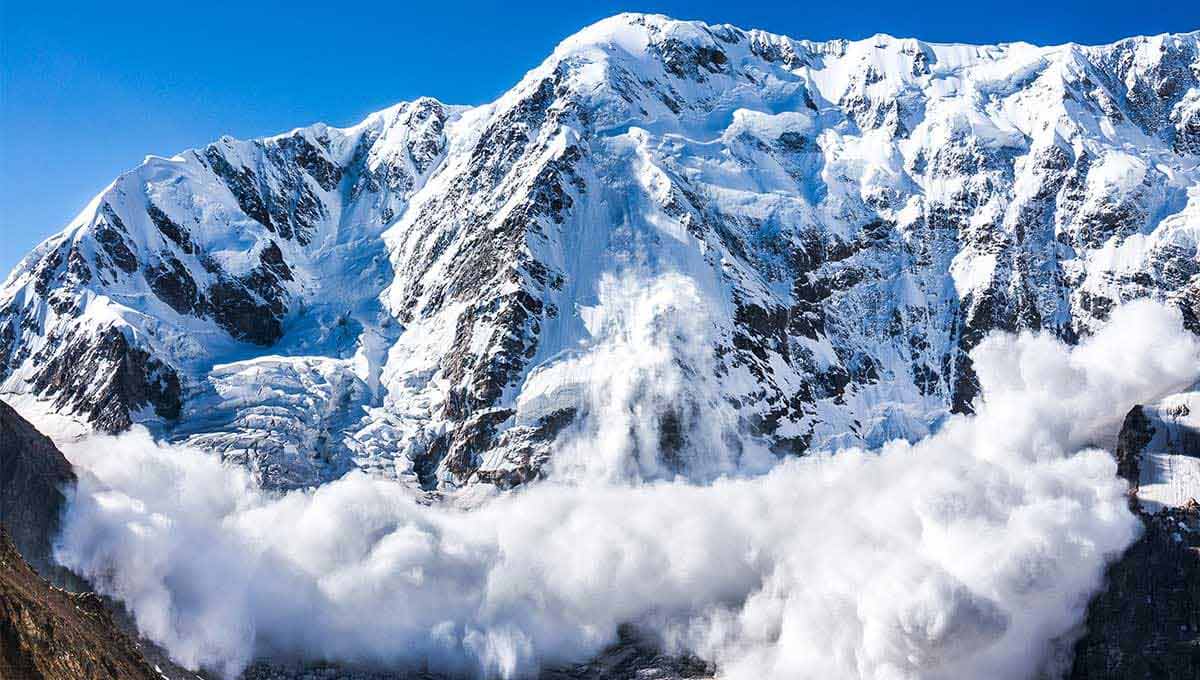 So cold is Canada that in 1816 the snow stuck around all year long. The freak weather saw June and July remain snow-laden, with migrational shifts in birds that year.

It's no surprise that Canada can get bitingly cold. On a par with Russia, it has an average daily temperature of -5.6°C, leading to deaths in the country from the below-freezing temperatures.

Contributing to the chill are the Greenland glaciers, which see icy blocks crack off and travel down from above. These chunks of ice turn into icebergs and create a counter-clockwise current in the North Atlantic Ocean to the northeastern part of the country. The Titanic famously sank in this area in 1912 after striking an iceberg.

So cold is Canada that in 1816 the snow stuck around all year long. The freak weather saw June and July remain snow-laden, with migrational shifts in birds that year.

Regina in Saskatchewan recorded Canada's lowest temperature on record on January 1, 1885, when it plummeted to -50°C. 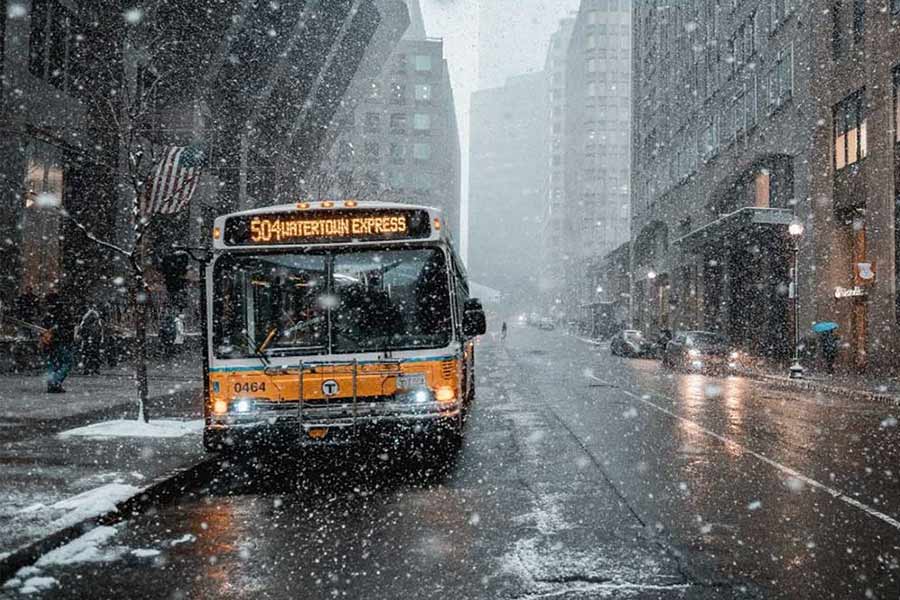 Calgary is unlucky when it comes to these storms. In September 1991 a hailstorm cost the area $343 million in insured damage.

Storms such as the 2020 Calgary hailstorm cause widespread damage due to their scope. Calgary is unlucky when it comes to these storms. In September 1991 a hailstorm cost the area $343 million in insured damage.

Hailstorm season runs from May through September, mostly in the height of summer.

Hail is Canada's costliest type of weather and crops up mostly over southern inland British Columbia and Alberta.

Rain and Windstorms in Canada

Despite the time of year, these aren't cold, wet winds; they are warm and dry - the perfect recipe for hurricane-force speeds of around 120 km per hour.

From the months of November to May, winds whistle down from the Canadian Rockies towards southern Alberta.

Despite the time of year, these aren't cold, wet winds; they are warm and dry - the perfect recipe for hurricane-force speeds of around 120 km per hour.

Heavily iced areas can soon defrost on the arrival of these forceful winds, known as the Chinook Winds.

These winds travel from the mountainsides through Canada's prairies, where the vast barren landscapes allow them to evolve at speed.

In November 2020, the Ontario windstorms left thousands without power as dangerous gusts of up to 110 km/h ripped up trees and shook cars.

There are various ways Canadians can keep abreast of the weather across the country.

Because Canada is wide-reaching, featuring an array of climate conditions, it can be tricky to navigate which area suffers from which severe weather condition.

The below methods are the best way of keeping track...

The best way to track real-time severe weather is to sign up for alerts.

Sometimes, in truly tumultuous cases, the government will issue warnings of dangerous natural threats. But by having alerts set up on your computer or phone, you'll be extra prepared.

The alerts will notify you when the weather in your area is becoming severe, which will help you to plan accordingly.

You can also track weather alerts at Environment Canada, where you are able to access information on everything from hurricane movements to lightning strike hotspots.

There are various apps available for tracking weather too. Some of the best ones include The Weather Channel, Emergency: Alerts, WeatherCAN, Weather On The Way, and Dark Sky.

These apps offer features such as:

Also accessible on Environment Canada are national charts based on regional predictions.

These provide figures for wind, moisture, and helicity, among other data.

Keeping abreast of the Canadian Hurricane Centre is the most resourceful way to track a hurricane and you can follow them on Twitter to be up to date, with their regular monitoring and expert advice.

They will publish metrics and data, as well as historic information with regards to what to expect from the weather at a certain time.

Being social media, updates are instant and regular, and you can interact with other followers and ask questions, too. They often tie their Twitter into Facebook Live events, with guest expert speakers to help you track or understand severe weather in Canada.

Being abreast of the seasons' trends in weather across Canada is a great way of keeping track of the climate. Simply learning where and when particular severe weather occurs across the country will make you better prepared and clued up.

Being that Canadian weather can present everything from thunderstorms to cyclones, to heatwaves to frostbite, learning about the seasonal shifts is a sensible option.

You can help to track severe weather yourself. By posting alerts or sending notifications on social media, often using hashtags, you can be a great help to others.

Many civilians volunteer as weather watchers. The Weather Watcher Program started in 1978, with thousands volunteering their time.

This helps meteorologists as well as the general public and has often been responsible for flagging severe weather ahead of 'professional' monitoring.

It's all very well tracking severe weather events in Canada, but you must then protect your home, should a natural disaster befall it.

There’s no time to wait when it comes to protecting your home, family, and belongings. Get in touch if you have any questions and help us get the ball rolling on your home protection today.

Posted In:
Tags:
Animal Collisions: What to Do If You Hit an Animal?Next Post:
Landlord Self Help: Know Your Rights
Recent Articles
How to Find Your TD Institution Number?
TD Specimen Cheque - How to Read It and Write It
Who Should Be your Life Insurance Beneficiary?

APPLY NOW
Pay as little as $12 per month for home insurance that covers break-ins, fires and more.

APPLY NOW
Open a high-interest Advantage Account for your everyday banking and savings needs.
Categories
Back to blog
4.89
Average Rating
Based on 1836 reviews

Get the Best Insurance Rates and Coverage
Get customized quotes from experienced advisors and brokers who work for you.
Send Me Quotes
Related Posts
How to Find Your TD Institution Number?
Who Should Be your Life Insurance Beneficiary?
EQ Bank Review: Savings Plus Account