What Is the Average Car Insurance Cost in Ontario?

In 2019, Ontario was home to more than 12.81 million registered vehicles. Two-thirds, or over 8.51 million of these, were light vehicles, or those weighing under 4,500 kilograms. Regardless of their size, all registered vehicles in Ontario must have auto insurance. At the time we updated this article in May of 2022, another 1.6 million new vehicles were added to Canada's list of new registrations. With Ontario being the most populous province, almost 70% of those cars are on Ontario roads.

The thing is, the average car insurance cost in Ontario is among the highest in the nation, at $1,616 in December 2020. That represents an increase of almost 10% from December 2018. That's only the average, though, as the premiums greatly differ from one city to another. Jump to 2021, and we saw a slight uptick in those numbers bringing the average cost to $1,634 per year.

For instance, Vaughan has the highest, with premiums averaging $2,179. Markham comes in slightly less expensive at $2,125 on average. Both still carry a heavy price tag.

All those figures highlight how buying car insurance can get quite hefty based on where you live. Fortunately, there are ways to lower your car insurance cost. Read on to discover the secrets of how to get car insurance, especially one you can afford.

How Does the Average Car Insurance Cost in Ontario Cities Differ?

By contrast, cities like Kingston and Brockville had the lowest, at $1,103. That's a staggering $1,595 difference from Brampton's exorbitant average cost. Other cities, such as Cornwall, St. Thomas, Sarnia, and Sudbury, also had average costs under $1,200.

Here's the good news. The cost of car insurance is steadily dropping. The average Ontario premium saw a decrease between 2021 and 2022 of 3.8%.

Here's the less then good news. Car insurance rates dropped during the pandemic due to less people having to drive their vehicles, drastically reducing their annual mileage. And due to work from home models, there were far less cars on the road resulting in far less accidents. New drivers weren't as many as pre-pandemic graduations also. So expect that these numbers increase even more over the next 2 years. In the meantime, let's take a look at the most costly, and most affordable places to insurance your vehicle.

The Most Costly Cities in Ontario to Insure Your Car

Why Does Vaughan Have the Most Expensive Car Insurance?

It used to be Brampton for all the reasons discussed. Vaughan now tops the highest insurance rates in Ontario charts. Rates across the board have decreased, no question. It's just simply that Vaughan's rates didn't decrease as much as other areas across Onta

The Most Affordable Cities in Ontario to Insure Your Car 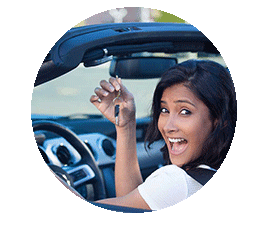 Get the Coverage You Want at the Best Rates
Looking for a comprehensive car insurance plan that comes with rewards?
Get Quotes

What Car Insurance Companies Are Available in Ontario?

The Co-operators Group Limited topped J.D. Power's 2019 Auto Insurance Satisfaction Study. This study reviews customer satisfaction based on factors such as offers and pricing. It uses a 1,000-point scale, in which The Co-operators received 809 points.

The Personal ranked second (798 points), while RBC Insurance got third place (794 points). Some of the other high-ranking providers include Economical Insurance, belairdirect, and Travelers.

What Impacts the Price of Car Insurance? 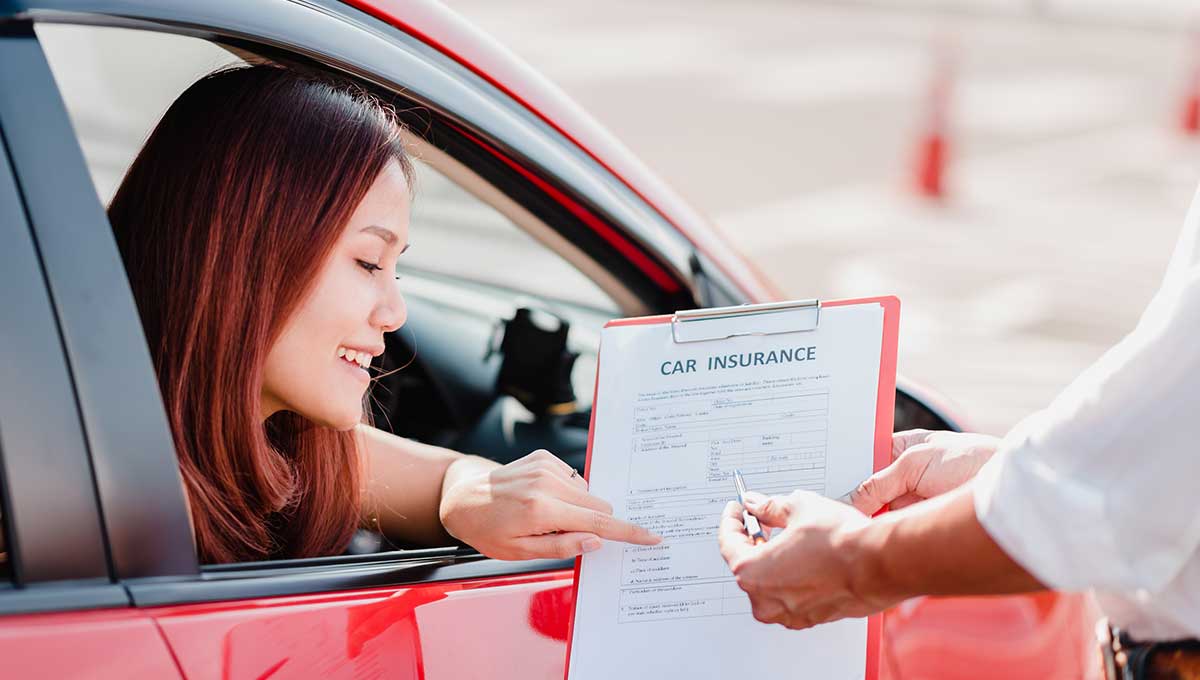 Brampton's premiums are due in part to the city's high insurance fraud rate. It also lacks public transportation, so more people have to rely on their own rides.

Based on the published average cost of car insurance in Canada, location is a big factor. The number of recorded auto insurance claims from your area impacts your rate. The more collisions, break-ins, and thefts that occur in an area, the higher the premiums often get.

However, Brampton's premiums were due in part to the city's high insurance fraud rate, that is if you looked at them a year ago. It also lacked public transportation, so more people had to rely on their own rides. The more people who drive, the higher the risk of collisions, so the higher the premiums can get, too.

The Car You Need to Insure

The safer a vehicle is, the lower its risks of causing an accident due to mechanical failure. The more secure it is, the harder it can be to steal.

The age and condition of your vehicle can also affect your premiums. Older or ill-maintained cars are more prone to breakdowns. In turn, this can make them more at risk for crashes, thereby causing a rise in premiums.

Your driving record or driver's abstract can make or break your insurance rates. Insurers look at these to find out if you have any driving infractions or violations. The cleaner your records are, the lower your auto insurance rates are likely to be.

By contrast, having Ontario Highway Traffic Act penalties on record can make your rates go up. Some of these include speeding, as well as school bus and school zone law violations. The more of these that show up in your driving history, the pricier you can expect your insurance rates to be.

Impaired driving can also have a massive increasing effect on your insurance premiums. Not only that, but it's also a threat to your safety and public welfare. Do note that impaired driving can be due to alcohol or any other intoxicating substance.

Where and How Much Time You Spend Behind the Wheel

Kingston and Brockville are both way smaller in population than Brampton and Mississauga. This is one of the top reasons for the huge difference in these cities' average auto insurance costs. The fewer people and vehicles there are, the lower the risk of accidents, so the lower the rates can get, as well.

However, how much time you spend driving can also affect your premiums. Even if you live in a smaller city, you can expect your rates to go up if you drive more than the average motorist.

Your Age and Gender 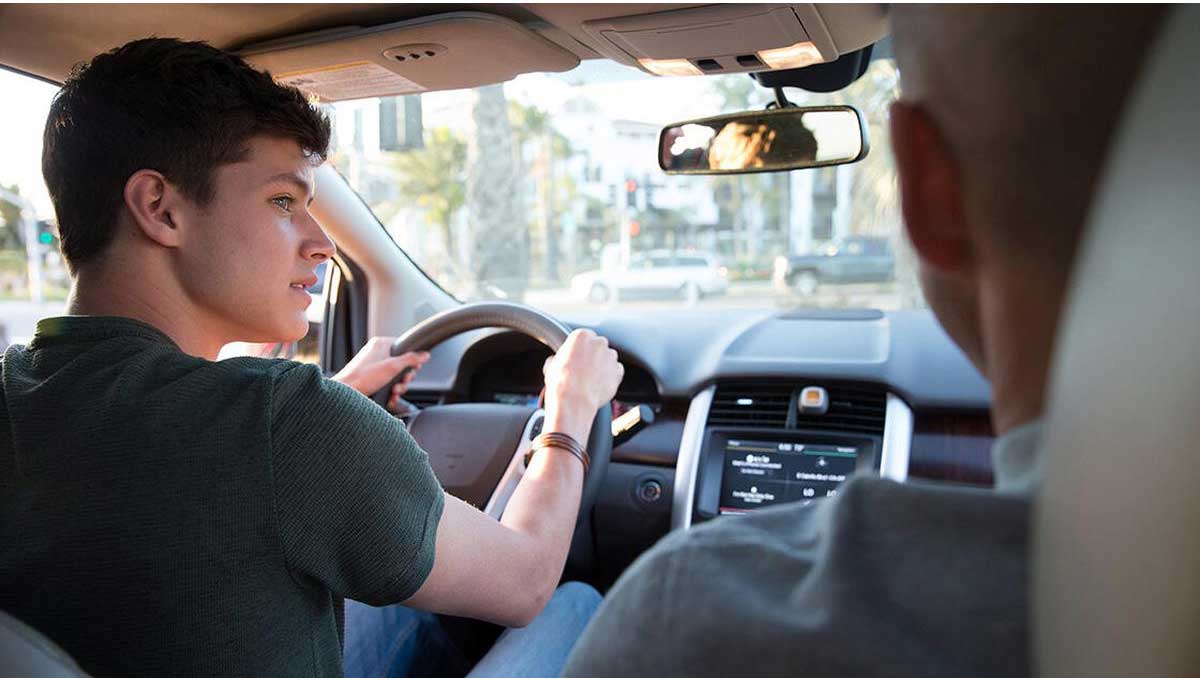 Young male drivers also appear to have a higher crash risk than females. Previous studies found they tend to drive faster than their young female counterparts.

That's why car insurers factor in your age and gender when calculating your premiums.

Young male drivers also appear to have a higher crash risk than females. Previous studies found they tend to drive faster than their young female counterparts.

For instance, in 2014 and 2015, male drivers accounted for over 90% of speeding tickets. Based on age, drivers aged 15 to 35 comprised over two-thirds of all issued tickets for both years.

That's why car insurers factor in your age and gender when calculating your premiums.

In most cases, yes, regardless of age. One of the most-cited reasons for this is that new drivers lack experience. Researchers, in turn, found inexperience to be a major contributor to road accidents.

Now, keep in mind that new drivers aren't always young; they can be adults who are newcomers to Canada. So, you can be in your 30s, and insurers can still regard you as a new driver if this is your first time driving in Ontario.

How to Lower My Car Insurance Premiums

There are many ways to get affordable car insurance, and it often starts with buying the right car. Young drivers can also lower their premiums by showing off their academic prowess. Bundling policies, comparison shopping, and switching providers are also smart tactics.

Invest in A Safe and Secure Ride 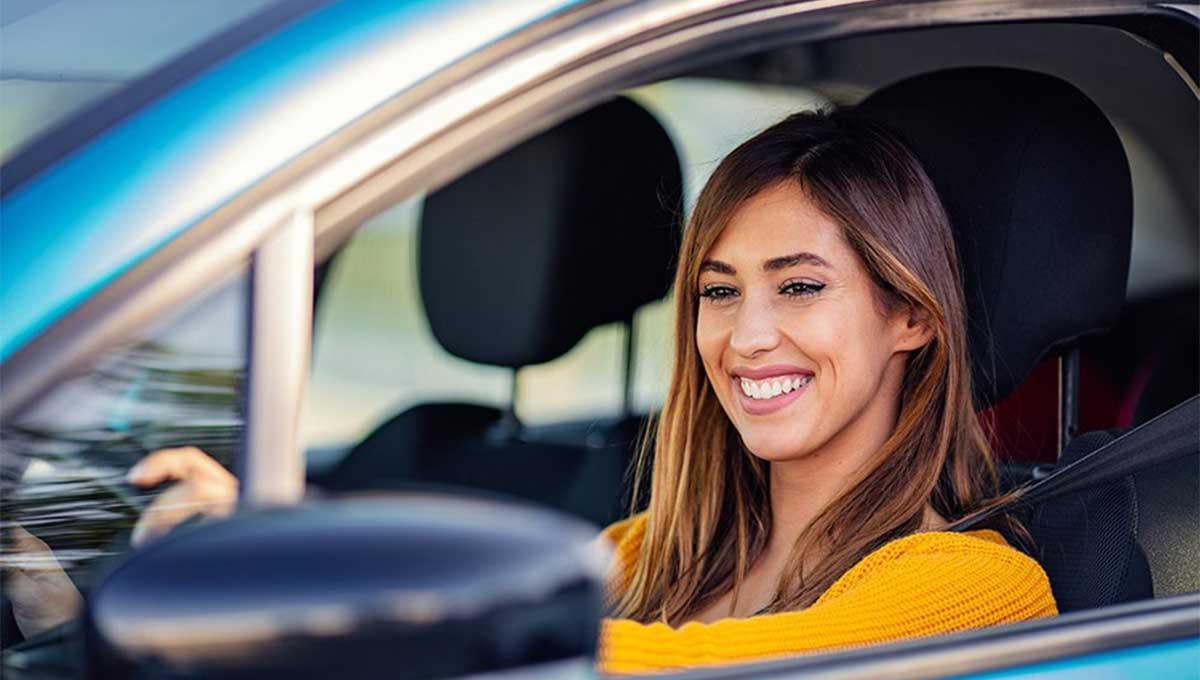 If you're still in the process of buying a new car, go for one with the latest safety and security technologies. All these features can help lower your risks of having to file an auto insurance claim.

If you're still in the process of buying a new car, go for one with the latest safety and security technologies. All these features can help lower your risks of having to file an auto insurance claim. As a result, insurers may award you with lower premiums.

Some of the features to look for are adaptive cruise control and an automatic light system. Forward collision and lane departure warning systems can also prove to be life-saving.

To increase your car's security, invest in a steering wheel lock, a car wheel clamp, and a brake lock. It's also a smart idea to equip your ride with an alarm system and extra sensors. These can make your car more difficult to steal, so insurers may award you with lower rates.

If you're just about to get a driver's license, consider professional driving lessons. It can cost you about $200 to $800 more, but you can get insurance discounts if you go to an accredited driving school. Plus, that's only a one-time fee, but the knowledge and skills you'll get from the class will be with you for a lifetime.

Students who perform well in school can qualify for a good student discount. The requirements vary from one insurer to another, but most look for a grade average of at least 80%. You can get up to 15% off of your premiums if you qualify.

Another great way to lower insurance rates is to bundle several policies together. This entails buying two or more insurance products from a single company to get a discount.

The good news is that most auto insurers in Canada also offer home insurance. You can bundle your auto insurance with your homeowners' policy. You can even buy life and travel insurance from the same company to get even more discounts.

There are over 53 licensed automobile insurance providers in Ontario alone. If you were to call all of them and spend 30 minutes on the phone with each, it'd take you weeks. Besides, you don't have to do this on your own, as that's exactly what an insurance comparison site, like ours, can do for you.

Time to Get the Best Ontario Car Insurance Rates

As you can see, the average car insurance cost in Ontario doesn't have to apply to you. There are plenty of ways to enjoy lower rates, from driving a safe and secure car to getting discounts. Most importantly, always compare offers and rates to ensure you get the most out of your policy.

If you're ready to start comparing, our team here at Insurdinary can simplify things for you. Fill out this short form, and we'll get back to you with the best and most affordable car insurance offers!

Posted In:
Tags:
How to Immigrate to Canada: 6 Ways to ConsiderNext Post:
Understanding Your Home's Knob and Tube Wiring
Recent Articles
New Credit Card Interchange Fees in Canada: What You Need to Know
6 Best Student Credit Cards to Consider in Canada for 2022 and 2023
EQ Bank Review: Savings Plus Account

APPLY NOW
Open a high-interest Advantage Account for your everyday banking and savings needs.
Categories
Back to blog
4.88
Average Rating
Based on 1715 reviews

Get the Best Insurance Rates and Coverage
Get customized quotes from experienced advisors and brokers who work for you.
Send Me Quotes
Related Posts
How Much Does a Root Canal Cost in Canada?
Alterna Bank Review
Top 8 Types of Business Insurance for Retail Businesses