Do you have a few pennies lying around? Then you may be sitting on a treasure trove.

Ever since the Royal Canadian Mint stopped printing one-cent coins in 2012, pennies have become scarcer and scarcer. The steady decrease in supply has pushed many people to take a closer look at their coins.

So before you spend your old pennies or roll them up for the bank, know that the value of the Canadian Penny can be a lot higher than, well, a penny.

How do you know if your pennies are worth mere cents or thousands of dollars? Read on to learn the answer.

How to Tell the Value of the Canadian Penny

To understand your penny's possible value, you'll have to take a closer look at the field of numismatics—the decades-old art of collecting and studying coins. Far from being boring or simple, numismatics has inspired collectors and historians to develop a rich system of rare coin trade, appreciation, and yes, valuation.

If you're reading this article, you're probably not an experienced numismatic. Maybe you're trying to value an inherited coin collection for estate taxes, or maybe you're just curious about the value of an interesting-looking penny. So how does the untrained eye go about trying to determine the value of a penny?

Ask yourself these questions.

Is It Dingy or Pristine?

Chances are, if you open up your wallet right now, you’ll find coins that look like they’ve been through a lot.

Coins can circulate between businesses and individuals for decades. They get rattled around in register drawers and piggy banks, lost in couch cushions, put through washing machines in pants pockets, dropped into vending machine slots, covered in grime at the bottom of purses, and run over by cars. Inquisitive toddlers sometimes even stick coins up their noses!

Mints design their coins to be as durable as possible, but all that wear and tear still has a significant effect on how the coins look and function. Even before phasing out the penny all together, Canada’s currency makers used the nation’s banks to take obsolete and damaged coins out of circulation, making way for new coin designs.

These facts matter to coin collectors for two big reasons.

The first has to do with scarcity. Many of today’s most valuable coins are rare not only because the Mint may not have printed many in the first place but also because many original prints have been taken out of circulation and resmelted.

The second reason is coin grading—the art of categorizing a rare coin by its degree of wear and tear. Most numismatists use the Sheldon coin grading system.

The Sheldon quality scale goes all the way from a 1 (for a coin so worn down that little more than the coin’s year and type is evident) to a 70 (for a coin so perfectly preserved that you can’t see post-production damage under intense magnification).

A coin’s grading will significantly affect its value on the collector market. And while plenty of well-circulated coins have gone on to become valuable collector items, the most valuable pennies out there tend to never have been used in a transaction at all, leaving them in like-new condition.

What Kind of “Strike” Is It?

You wouldn't know it if you've always used coins for everyday purchases, but the Mint prints plenty of coins never meant to change hands outside of collecting circles.

You can often tell when a collector is describing one of these coins by looking at the indicated "Strike." Mints make "proof strike" coins when they use very high-detail manufacturing processes. The resulting coins are rich with detail, allowing collectors to appreciate the artistry that goes into coin design.

Proof strikes may be upscale copies of coins that the Mint also mass-produces for country-wide circulation. They may also be special commemorative designs that the Mint never recreates in large numbers. Proof strikes are seldom meant to be worth the denomination printed on the coin.

"Business" strikes are, though, and these strikes represent the vast majority of coins made. Business strikes may feature slightly less detail, but even experienced coin collectors can have a hard time telling uncirculated business strikes, and proof strikes apart.

If your penny has clearly gone through plenty of circulation, it's almost definitely a business strike. If it's a unique commemorative design or appears unusually clean and detailed, it may be a proof strike.

Different collectors tend to seek out different strike types. Some will pay well for a coin that features the detailed artistry or unique design of a proof strike. Others prefer the exciting hunt for a rare business strike.

We've all found a unique-looking coin and had a moment of excitement that we've hit the jackpot.

The reality is that even older or odder-looking coins also have to be rare to be worth anything. The Mint produced a special commemorative penny in 1992 to commemorate the 125th anniversary of the Canadian Federation. These pennies stick out from coins made in 1991 or 1993 because they say "1867-1992" rather than giving a single year.

A quick online search for "Canadian penny 1867 to 1992 value" shows would-be profiteers that the Mint produced almost 700 million of these pennies. So while they may be nice to look at, they are far from rare.

Canada started printing pennies in 1858 and didn't stop until 2012.

That means a comprehensive Canadian penny value chart would go on for pages and pages. A look at numismatic history shows that pennies have helped capture important aspects of Canadian identity. Our pennies are like a road trip through history.

There are plenty of pennies now worth far more than $.01 on that road trip. Only a handful have garnered prices that have broken $1,000.

Here are a select few.

The backstory for Canada’s most valuable rare coin, the 1936 “dot” penny, stems from a royal scandal: King Edward VII’s abrupt 1936 abdication from the throne to marry an American divorcee.

The Royal Canadian Mint didn’t have dies cut with the effigies of the new King, George VI, in time to start printing 1937’s coins. So they reprinted some 1936 designs with the addition of a small dot below the year to distinguish them. If you have one of these coins, you’re lucky indeed—collectors only know of three currently existing “dot” pennies.

Not every ancient penny is worth something, and not every valuable penny is ancient.

The Royal Canadian Mint experimented with a few different penny styles in 2006, and some of that experiment’s more unusual varieties are worth a surprising amount today. A non-magnetic 2006 penny with a “P” below the queen’s effigy sold for over $2,000 in a late 2020 auction.

Not bad for a coin less than two decades old!

As the Commonwealth celebrated Queen Elizabeth II’s 1953 coronation, hardworking coinmakers at the Royal Canadian Mint encountered technical problems. The new effigy included a shoulder crease in the monarch’s gown, and that crease caused significant quality issues at the Mint’s presses.

Only a few 1953 pennies with this difficult design were produced before a redesign eliminated the crease, rendering those first few pennies very rare.

By 1955, the Mint had a new Elizabeth effigy with a shoulder fold that didn’t gum up the machines. While a shoulder fold was the norm for pennies printed this year, the Mint also accidentally printed just a few foldless pennies. Collectors have paid over $5,000 for well-preserved foldless 1955 pennies at recent auctions.

What to Do With a Possibly Rare Penny

So you think you may have found a rare and valuable penny. What should you do first?

Don't stop saving for retirement just yet. The price range of collectible pennies can vary wildly—and most beginning collectors have no idea what their coins are worth. Instead, follow these steps to protect your find.

The last thing you want to do with a valuable coin is damage it, or God forbid, lose it. So if you think your penny may be valuable, don’t just toss it aside to deal with later.

At the minimum, keep your coin somewhere you won’t lose it, encased in something that will protect it from accidental damage. Many coin collectors advise against using plastic wrap or aluminum foil, which may damage the coin's surface.

Many shops that traffic in rare coins also sell affordable plastic coin holders and coin albums to keep a growing collection safe and organized. Even if you’re more interested in selling your coins than keeping them, a good storage system could help them fetch a higher price.

If you do decide to keep and grow your collection, remember that it may require extra coverage in addition to your standard homeowner's insurance.

The Sheldon grading system assigns more value to newer-looking coins. So it’s best to clean coins before taking them for grading, right?

The answer is often no. The grading system assesses how worn-down a coin is, not how clean it is. Cleaning your coins won’t make them less worn down, and incorrect cleaning could actually cause additional wear and tear.

That’s why most coin collectors and graders welcome uncleaned coins. If you feel you absolutely have to make your coin collection look shinier, only start cleaning after you’ve received professional advice on how to do so without doing damage.

Coin collecting may not sound that exciting, but dedicated numismatics have ensured that this field remains filled with history, passion, and detail.

That’s why you definitely don’t want to take your possibly valuable penny to your corner pawnshop or cash-for-gold store. They might offer you far less than what your coin is worth. Many numismatic groups have put together guides for non-collectors who inherit a loved one’s coin collection to avoid just this kind of exploitive scenario.

Look for shops that specialize in rare coins instead, and don’t be afraid to seek out and compare multiple offers for the same penny or collection. Major auction houses and coin collecting groups often offer pricing guides to help sellers research fair prices.

Because grading can profoundly affect a coin's value, many collectors won't accept a grading decision from just anyone. Counterfeiting is also a significant concern for collectors—no one wants to make a serious financial investment in a fake!

Uncertified and even ungraded coins can still sell well on sites such as eBay. However, your penny may fetch a higher value if you can get a professional's opinion on its grade and authenticity. Your local coin dealer may be able to provide certification, and major numismatic groups such as the Numismatic Guaranty Corporation offer mail-in grading and certification services.

The value of the Canadian penny can be higher than one cent for many reasons. Sometimes it's a proof strike, sometimes it's a rare business strike, and sometimes it just evokes a moment in time that's important to the person holding it.

Last but not least, pennies are valuable because they can add up.

Insurdinary understands that pennies matter this way, too. That’s why we offer high-quality insurance products at an affordable price. Ask Insurdinary for a free quote to protect something you love today, and save your pennies for your coin collection. 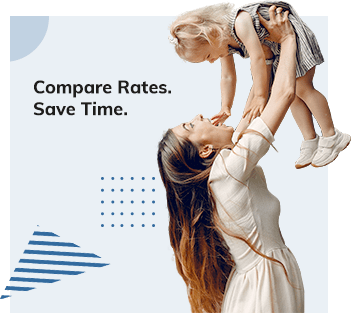