Are you considering buying a home in Canada? When looking for a home, the mortgage rates Canada loan providers offer vary by province. With a sizeable mortgage, the smallest figures are instrumental in your financial requirements.

Searching for the best mortgage rates helps you get the loan you need and ensures you can pay it back in a reasonable amount of time. With no way to predict your province's rates, which change over time, it's necessary to do your research when you're ready to buy a home.

Knowing which rates providers could offer you can help you get the best fixed-rate mortgage. In this article, we'll help you understand why mortgage rates vary between provinces and compare rates from each province.

Why Do Mortgage Rates Vary by Province?

There are several reasons why you could receive a higher rate in one province than another. Fixed and variable mortgage rates in Canada vary by province for many reasons, including competition, province size, and local regulations.

The more saturated a real estate market is, the cheaper mortgage rates can get. With a saturated market, competing loan providers are willing to offer more affordable quotes for fixed- and variable-rate mortgages across Canada. Credit unions compete against one another, while mortgage brokers may provide assistance and compete with other brokers by buying down clients' rates.

Rates also vary by province due to province size and population. Credit unions and large banks have an easier time getting funding than smaller, less popular lending institutions in large regions. Saturated markets with high home prices also boost lending volumes and drive down mortgage rates. Each province also has its own regulations regarding competition. Banks and credit unions operate in single provinces, keeping customers in the same regions throughout the amortization period. These entities don't have to compete against other provinces' loan providers.

Here are the current mortgage rates let say you will purchase a house today with the selling amount of $650,000 and $90,000 down payment for a specific province in Canada.

Ontario's real estate market prices soar due to the high population and in-demand property. These factors mean the province's interest rates are lower to compete with other local providers.

Of all mortgage rates, Ontario has the lowest in the country. You'll pay a 2.32% fixed interest rate and 2.04% variable interest. Of the most populated Ontario cities, those boasting the lowest interest rates year-to-year include Toronto, Hamilton, Kitchener-Cambridge-Waterloo, London, and Windsor.

The province's lowest rates for five-year fixed-rate mortgages begin around 3.45%, while the highest rates are up to 6.49%. Variable rates reach up to 8.03%.

Vancouver and Victoria feature the highest rates for residential mortgages. As of 2022, the average British Columbia mortgage value was $506,682. Rates for a five-year variable-rate mortgage of this price start at 3.50% and reach over 8%.

Alberta is a lesser populated province with low competition among credit unions and higher interest rates. New homebuyers receive interest rates between 4.29% and 6.49%. Less competition in the province may be the cause of these higher prices.

Saskatchewan fixed mortgage rates tend to average below the national average. The same is true for the average variable rate. Far fewer mortgage providers and residents in the province cause higher overall costs.

Depending on market trends, your credit score, and other factors, starting interest rates for these areas are between 3.50% and 3.70%. Higher rates range from around 6% to over 8%.

Homebuyers in New Brunswick will find that mortgage rates of Canada providers range from 4.25% and higher for variable rates. Among the most popular posted rates are 4.44% for five-year fixed amortization terms, although some providers' interest offerings reach as low as 4.29%. Moncton and Saint John are among the metropolitan areas most popular with homebuyers.

As of November 8, 2022, Newfoundlanders in the homeownership market will discover mortgage rates in Canada hovering around 4.99% on the fixed side and 4.58% on the variable end. Most of Newfoundland's home buying and selling market is in St. John's, accounting for 54.4% of the entire provinces market.

Manitoba is seeing higher than normal mortgage rates this year with fixed rates starting at 5.19% and skyrocketing to a whopping 6.14%. On the variable side, 4.85% was the lowest we could find climbing all the way to 6.45%. 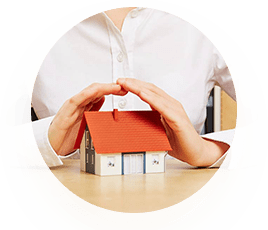 Get the Best Mortgage Rate Comparison Services in Canada

Whether you need a home equity loan, mortgage insurance, or a mortgage loan, Insurdinary offers comprehensive mortgage rate comparisons for all Canadian provinces. At Insurdinary, we partner with Homewise, a top mortgage broker in Canada to provide competitive mortgage rates. We'll help you compare the top rates for your province and ensure that you get the best rate. Our team can further explain details regarding final mortgage rate costs and determining factors for repayment terms. Give us your preferences for the home loan you need today to begin searching for your province's most affordable interest rates.

Posted In:
Tags:
GST/HST Payment Dates or Rebates: 2022 and 2023 UpdatesNext Post:
Invisalign Cost in Canada vs Braces: Which Is Better for Me?
Recent Articles
Best Practices to Develop A Successful Insurance Application
Grocery Cost in Canada: All You Need to Know About Keeping Costs Low
7 Best Low-Interest Credit Cards in Canada for 2022 and 2023

APPLY NOW
Open a high-interest Advantage Account for your everyday banking and savings needs.
Categories
Back to blog
4.88
Average Rating
Based on 1735 reviews

Get the Best Insurance Rates and Coverage
Get customized quotes from experienced advisors and brokers who work for you.
Send Me Quotes
Related Posts
Best Practices to Develop A Successful Insurance Application
Grocery Cost in Canada: All You Need to Know About Keeping Costs Low
7 Best Low-Interest Credit Cards in Canada for 2022 and 2023