Tibetan Terriers are ancient watchdogs who are associated with Buddhist monasteries. They are sensitive, loyal, and affectionate.
Compare. Get the best policy. Save money!
Get a Quote Now 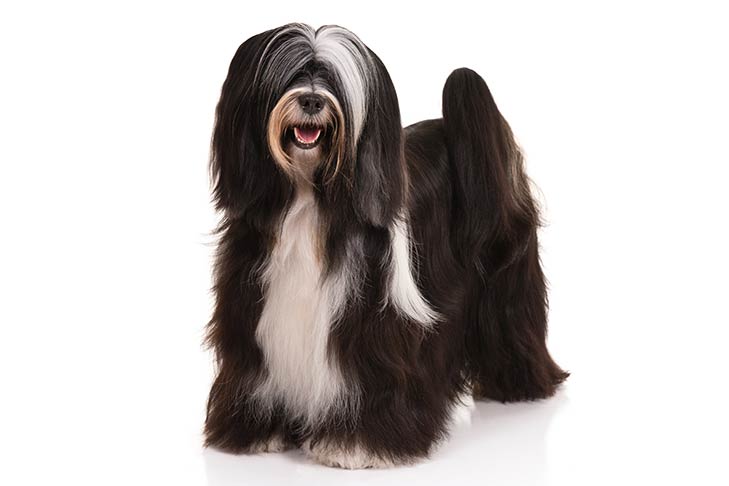 The Tibetan Terrier is a medium-sized dog that hails from Tibet. The breed is ancient and looks a lot like its smaller cousin, the Lhasa Apso. Tibetan Terriers stand up to 17 inches at the shoulder and weigh up to 30 pounds. He’s the Holy Dog of Tibet often associated with Buddhist monasteries. The breed was created as a companion dog. They adapt to various lifestyles and love being with people.

Tibetan Terriers were raised by Buddhist monks, the lamas. They were born in lamaseries but can live anywhere else. The breed is considered as luck bringers; none of the lamas and herdsmen ever sold their dogs to avoid selling their luck but rather they give them as gifts in return for favors or services. The breed arrived in the United States in 1956 and was recognized by the American Kennel Club in 1973.

There is no doubt that Tibetan Terriers are wonderful dogs. However, they desire care and attention and of course, they deserve it. One way to take care of your pet is by taking out the right Tibetan Terriers pet insurance. Before taking out pet insurance for your furry friend, you might need to shop around and compare policy options in order to choose the best coverage.

Furthermore, it is important to take a good look at the coverage’s limits, exclusions, stipulations and waiting period before taking it out.

To get a quote for Tibetan Terriers pet insurance, click here.

With the rising cost of veterinary treatment, the cost of treatment, the cost of treating most of these conditions is becoming steeper by the day. For instance, it could cost up to $5,000 and even more to treat hip dysplasia. Most pet owners will go through a lot of strain to pay such an amount out of pocket, why not take out Tibetan Terriers pet insurance to make it easy for you.

Temba, a six-year-old Tibetan Terrier, is a wonderful dog. He and his handler, Peter Loring, spend their Tuesdays doing special things; they visit sick children at the IWK Health Center in Halifax.

Loring and his dog moved to Nova Scotia from the U.K. and as a part of Therapeutic Paws of Canada, they have been volunteering at the hospital for long.

According to Loring, his dog had some basic obedience while in the UK but not until they moved to Canada was he certified as a therapy dog. But the dog was always good at making people happy, he said.

Peter and his dog are one of the five therapy dog teams that visit patients regularly at the IWK Health Center. The team leader for Therapeutic Paws of Canada in Halifax, Mark Grant, said that they are involved in several therapy dog programs in Halifax, Dartmouth, and across Canada.

The program is designed to support and comfort children in hospitals as well as their parents and grandparents.

Kylene Mellor, manager of volunteer services with IWK says that Temba’s visits give the children something to look forward to.

Besides the therapy dog programs, IWK has several other programs that rely on volunteers in the hospital and off-site. The hospital has a total of about 700 to 800 volunteers.

Tibetan Terriers bond very closely with their family and as a result, they can suffer from severe separation anxiety when left alone for long. You should purchase a Tibetan Terrier if your work requires you to stay away for long hours.

Tibetan Terriers are not aggressive dogs and so he will hardly hurt anyone. However, the dog may be aloof with strangers but you can overcome this by socializing the dog at an early age.

Generally, Canadian pet insurers will require you to wait for some days before you can process your claim. The waiting period is usually stated in the policy document and it could differ from one insurer to the other. For most insurers, the waiting period is 14 days for illness and 48 hours for accidents.

What medical conditions are common with Tibetan Terriers?