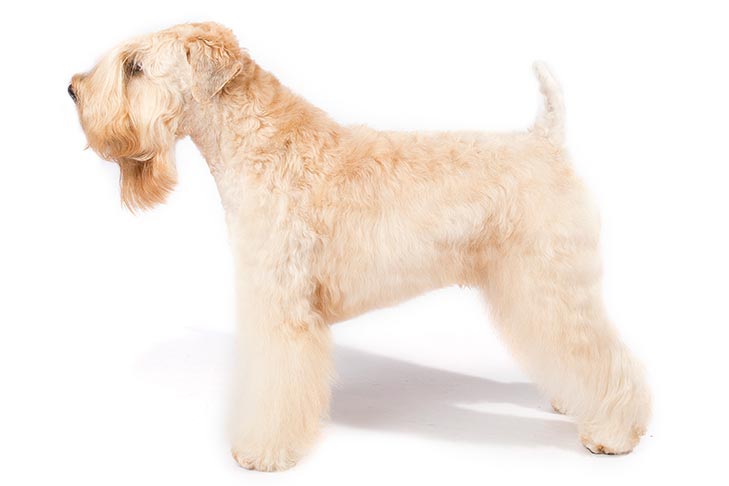 The Soft Coated Wheaten Terrier is nicknamed Wheaten or Wheatie. It is a pure breed terrier of Irish origin. Canines in this breed are fun loving, sturdy, happy, deeply devoted and friendly. AKC described them as “merry extroverts”. The breed needs a lot of grooming.

Together with Kerry Blue and Irish, the Wheaten is one of the three magnificent long-legged terriers of Irish origin. The three dogs share a common ancestry and were bred for similar reasons – as farm dogs. Originally, the breed’s function ranged from herding and bird-dogging to guarding chicken coop and ratting.

One of the greatest gifts you can give your pet is pet insurance. Although the pet may not be aware of the pet insurance, it is an awesome way of protecting it against medical emergencies, accident, and hospitalization.

However, you shouldn’t take out Soft Coated Wheaten Terriers pet insurance without understanding what the policy covers. You need to carefully read the policy description to know what to expect and how much coverage you have. It is also important to take out the coverage as early as possible before the pet is diagnosed with a medical condition which will be excluded from the coverage.

To get a quote for Soft Coated Wheaten Terriers pet insurance, click here.

Pet parents take out Soft Coated Wheaten Terriers pet insurance to get assistance in covering veterinary costs of their pet. Although Wheatens are healthy dogs, they are susceptible to certain health problems. Medical conditions common to the breed ranges from renal dysplasia to Addison's disease.

Even though veterinary treatment is a lot cheaper than human medicine, some medical conditions cost thousands of dollars in veterinary care and treatment. You don’t want to spend a lot of money out of pocket, do you? This is why you should take out Soft Coated Wheaten Terriers pet insurance as soon as possible.

With the right pet insurance, you will be able to access the best veterinary treatment for your pet without considering the cost of the process.

The 11-year-old McClean has clinched the first position in agility for the second time in 2017. The Soft Coated Wheaten Terrier is a fun, devoted, sturdy and loving dog breed developed in Ireland.

The seasoned and spry dog channels his inner puppy racing around the Jump and Tunnel courses. These courses were introduced by the Canadian Kennel Club in 2017. Commenting on the dog’s performance, McClean’s owner Diane Guillote says that the dog’s performance is proof that older dogs can still have fun.

“We started his training at two months of age with name games, crate games, retrieves, attention, and exercises, in order to have tools that would allow him to have fun with this activity. The games evolved more specifically towards agility as he grew older”, Diane says.

Soft Coated Wheaten Terriers are very prone to separation anxiety. They are less likely to be a one-person dog and will form a strong bond with all the family members.

Are Soft Coated Wheaten Terriers protective of their owners?

Wheatens prefer to be with their owners. They are active and intelligent but do not make good kennel dogs.

What medical conditions are common with Soft Coated Wheaten Terriers?