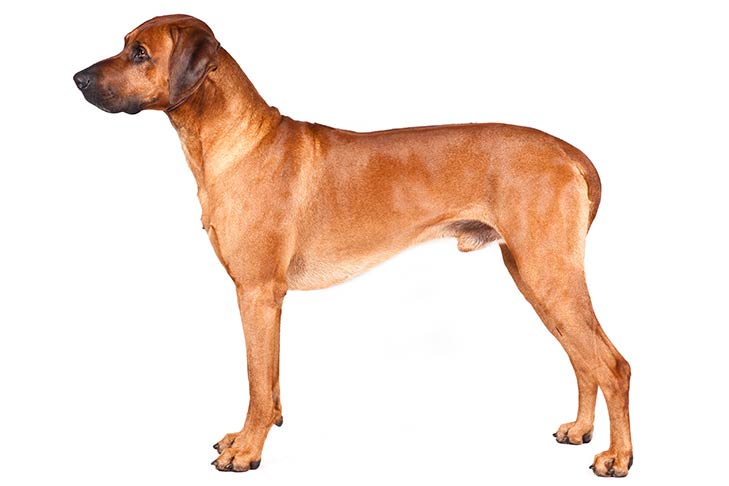 The Rhodesian Ridgeback is an African dog breed created to serve as a home guardian and versatile hunter. Canines in this breed may sometimes be stubborn but they are smart, have a moderate energy level and an easy-care coat. The breed is strong-willed, independent and domineering. The breed’s skill at baying and tracking made it famous in its native Africa.

Commonly referred to as “African Lion Dog” or “African Lion Hound”, Rhodesian Ridgebacks is a one-of-a-kind creation of southern Africa. It was developed by crossing the native ridged Khoikhoi dog and European breeds like Greyhounds and various Terriers brought by Dutch colonists. Due to the infusion of native Khoi blood, this breed is resilient against local pests like tsetse fly and have the innate knowledge on how to navigate their native environ and also outsmart their predators.

Pet insurance is necessary for every pet owner in Canada. With the right Rhodesian Ridgebacks pet insurance, you can provide state-of-the-art veterinary treatments for your furry friend without bothering about the rising veterinary cost. As veterinary costs increase, it becomes increasingly difficult for pet parents to take good care of their pets but you can still take care of your pet with pet insurance.

When taking out pet insurance, it is important to research the pet insurance coverage and policy especially as regards the limits, stipulations, exclusions, and waiting period. By researching pet insurance policies, you will be able to know what will work best for your pet and get the right coverage that will also protect your finances.

To get a quote for Rhodesian Ridgebacks pet insurance, click here.

Rhodesian Ridgebacks pet insurance is important for several reasons. While some pets may not develop serious and critical illnesses in their lifetime, too often than not, the pet will develop at least one of such conditions. It is not always easy to stash out thousands of dollars to treat your pet, but pet insurance allows you to pay small monthly premiums to prepare for the unexpected.

Like any other dog breed, Rhodesian Ridgebacks may be prone to certain health problems and hereditary conditions. Hip dysplasia and dermoid sinus are two of the conditions often associated with the breed. Hip dysplasia may cost up to $5,000 and even more in veterinary care and treatment and the cost may even go up in the future.

By taking out Rhodesian Ridgebacks pet insurance, you can leverage the best treatment available for your pet without considering the costs.

Safari was one of the couple’s two missing purebred Rhodesian Ridgeback. Even though Safari was found dead, the couple remained hopeful that they will find Luna, the second dog.

The two dogs got missing on January 15, 2017. The couple believes that the dogs might have been stolen. Jon followed the dog’s tracks in the snow to a field where the dogs were often taken for walks. The track led to 272 Street along the road, towards the railroad tracks.

Hayley said: “then there were vehicle tracks pulled off to the side, there were human and dog tracks together and south of that there is nothing”. “We have fairly substantial reason to believe that someone took them”, she added.

“Whoever has them, which we are 99 percent sure somebody does”, Hayley continued, “does not want them to be found and has no intention of giving them back”. The couple offered a $10,000 reward for the safe return of the two dogs.

“I know it seems like a crazy amount, but we need them to be more valuable if they are returned than kept”, she says.

If you don’t spend much time with your Rhodesian Ridgeback or meet their needs, they might develop separation anxiety.

Yes, Rhodesian Ridgebacks are tolerant dogs and also excellent companions. They are protective of their household members as well as children.

Before you can process your Rhodesian Ridgebacks pet insurance claim, you will be required to wait for a specified period of time, usually 14 days. The waiting period may vary from one pet insurer to the other but most insurers have a waiting period of 14 days.

On a general note, Canadian pet insurers do not cover a pre-existing medical condition. However, you can access pet insurance coverage for other conditions not diagnosed.

What medical conditions are common with Rhodesian Ridgebacks?