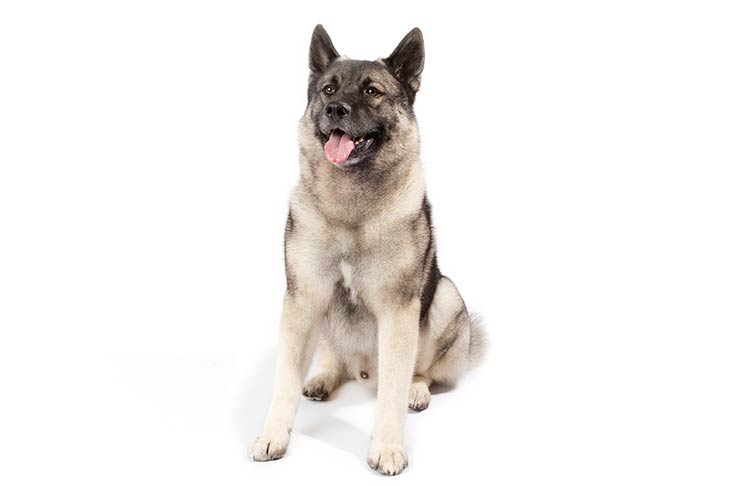 The spitz-type dog, Norwegian Elkhound is one of the oldest dog breeds in Europe. The dogs have a friendly demeanor furnished with dignity and he’s known for his lush silver-gray coat. Canines in this breed stand about 20 inches at the shoulder; they are short-bodied and hardy. Elkhounds make excellent watchdogs and they are known as excellent companions.

Norwegian Elkhounds have a great sense of humor. He is bold, protective and energetic. As the name implies, the breed originated from Norway about a thousand year ago. Forebears of the Elkhounds were used by Vikings to hunt and guard. Archeological evidence shows that it is possible that this breed dates back to about 5,000 BC.

Whether this breed originated about 5,000 BC or just 1,000 years ago, Elkhound owners love their dogs. These are wonderful dogs and they deserve the best – you should get Norwegian Elkhounds pet insurance as soon as you purchase your pet to take good care of your furry friend.

With the right Norwegian Elkhounds pet insurance, you will get the assistance and help you need to pay pet-related medical expenses. The pet insurance will take care of the cost of accidents, illnesses, hospitalization, emergency care, diagnostic tests, injuries and so forth. With the right care, you can go a long way to ensure that your furry friend lives long and serves you better.

To get a quote for Norwegian Elkhounds pet insurance, click here.

Elkhounds have a long lifespan, especially when compared to dogs of similar sizes. Moreover, they suffer from relatively few diseases. Some of the health problems common to Elkhounds include progressive retinal atrophy, hip dysplasia, cysts, renal problems and so on.

Most of these medical conditions cost thousands of dollars in veterinary treatment. Hip dysplasia, for instance, may cost up to $5,000 in veterinary care. You don’t want to spend such an amount of money out of pocket, do you? Why not take out Norwegian Elkhounds pet insurance as soon as possible.

Tonka, a family dog in Lively, was attacked by two dogs on January 4, 2017. The Norwegian Elkhound sustained a lot of injuries as a result of the attack. Due to the severity of the injury, the family had to euthanize him later that day.

Being deemed vicious, the two dogs were taken from their owners. The dogs have a record of violence. They attacked Tonka in the previous summer on his owners’ property. Terry Matthews, Tonka’s owner, intervened but Tonka also sustained severe injuries.

Moreover, Elkhound Facebook groups in the U.S. reached out to the Norwegian Elkhound owner, assuring her that a lot of people are aware of the situation and sympathize with her.

Dennis Williams, whose wife owns White Oak, said they are a very tight-knit group with a lot of great people. Williams also said they want to assure Terry that there are a lot of people in the elkhound community who support her and they are raising money to assist her in some of the vet fees. They also pledged to help her with some of the fees if she’s looking for another elkhound.

Norwegian Elkhounds may suffer from distress due to separation anxiety when left alone for long. When distressed the dog may behave in a destructive way. You shouldn’t adopt an Elkhound if you won't spend a lot of time with the dog.

Are Norwegian Elkhounds protective of their owners?

Elkhounds are a protective dog breed. They have a protective instinct and are equally playful and alert. The dogs are friendly with children and strangers but if not well socialized, they may be territorial with other dogs and cats.

After an accident or illness, the pet insurance provider will usually expect you to wait for some days before processing your claim. The number of days you are expected to wait may differ from one insurance company to the other but it is usually 14 days for illnesses and 48 hours for accidents.

What medical conditions are common with Norwegian Elkhounds?