Get Travel Insurance now and discover more about Sierra Leone 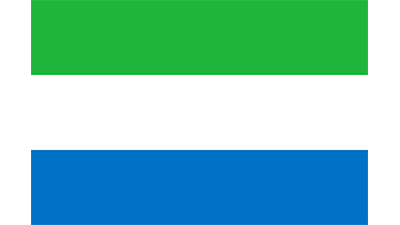 Sierra Leone has a growing tourism industry; the biggest tourist attractions in the West African country are the beaches and other natural habitats including the islands and mountains such as the Turtle Islands and the Banana Island.

Furthermore, Sierra Leone has a trade agreement and relationship with Canada. The relationship between the two countries is mainly in terms of trade, development, and humanitarian assistance and also in peace and security.

When traveling to Sierra Leone, Canadians need to have the right Sierra Leone travel insurance or private medical plan for appropriate coverage against medical emergencies, accident or hospitalization abroad. It should be noted that your provincial plan will not provide sufficient coverage abroad. So, you need additional coverage to ensure that you stay protected throughout your stay in Sierra Leone.

To get an instant quote on Sierra Leone travel insurance, click here.

Some important information on Sierra Leone Travel Insurance that we think you’ll want to know before you travel.

The decision to travel to Sierra Leone is your choice and you are also responsible for your personal safety and security abroad. Since we care about your personal safety abroad, we provide you credible and timely information in our Travel Advice to help you to make well-informed decisions as regards traveling out of Canada.

Sierra Leone – Exercise a high degree of caution due to high crime rates.

Every country reserves the right to decide who enters or exits its borders. The Government of Canada cannot intervene on your behalf if you fail to meet the country’s entry or exit requirements.

The information on this page was obtained from the Sierra Leonean authorities; however, it can change at any time. Moreover, you can verify the information with foreign diplomatic missions and consulates in Canada.

The type of passport you use to travel determines the entry requirements that apply to you. Contact your transportation company about passport requirements before you travel.

There are public and private hospitals in Sierra Leone. Health care quality and facilities in the West African country is substandard but medical treatment could also be expensive. When traveling to Sierra Leone, you need to have enough money to cover potential costs because some doctors may ask for cash payment. You also need the right Sierra Leone travel insurance for coverage against medical emergencies, accidents and hospitalization in the country.

For more information about healthcare in Sierra Leone, click here.

Forty-year-old Georgieta Palmer and her three-year-old son Samuel made asylum claim when they arrived in Canada but about seven months after, in May 2017, their claims were denied. However, the claim of her 11-year-old daughter Tenneh was accepted over the fear that she may be in danger of female genital mutilation if she is sent back to Sierra Leone.

Palmer said that she told Tenneh that if they go back, they will be attacked. The denial of Palmer’s claim leaves her in a dangerous position. This means that Palmer and her son may be deported while Tenneh is allowed to stay in Canada.

It should be noted that unlike adult refugees who can stay with their family once accepted, Immigration Canada does not consider the parents and siblings of child refugees family members. As a result, Tenneh was prevented from adding her brother and mother to her permanent residency application.

Wiping tears from her eyes, Palmer said she grew up without a mom and know how hard it is. She went on to say that the law should be changed because it is difficult for a child to be raised without a parent.

Do you need a Visa for travelling to Sierra Leone?

Whether you are traveling for tourism, business or to study in Sierra Leone, you need to have a visa corresponding to your purpose of travel.

You can buy multiple travel insurance policies if you are not satisfied with the benefits and features offered by a single policy. However, the policies should be purchased from different insurers.

Your travel insurance policy should cover the cost of outpatient services which include doctor visits.

The length of time it takes to receive an outcome for your claim depends on the claim itself. However, if you provide necessary documents to your insurer, you should get an outcome in 10-14 business days.