Get Travel Insurance now and discover more about New Zealand 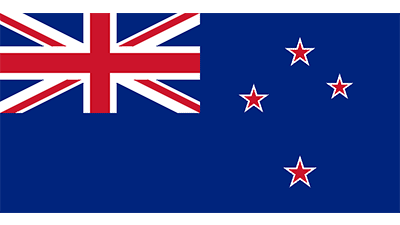 Looking for a place to visit on your vacation? New Zealand should be on your top list. There are lots of activities and excitements in the Oceanian country. You can choose to opt for the Volvo Ocean Race, Northland’s Ancient Kauri trail, enjoy the wine of Aotearoa, and lots of other awesome activities.

New Zealand partners with Canada on a broad range of issues such as counter-terrorism, international trade, education, culture, international fisheries and so forth. The two countries relate in terms of trade and investment, people-to-people links, and so forth.

Canadians travel to New Zealand for various purposes ranging from education and tourism to trade and investment. No matter your purpose of traveling to New Zealand, you need to have adequate New Zealand travel insurance or private medical coverage for all-round coverage in case of medical emergencies.

To get an instant quote on New Zealand travel insurance, click here.

Some important information on New Zealand Travel Insurance that we think you’ll want to know before you travel.

The decision to travel to New Zealand is your choice and you are also responsible for your personal safety abroad. However, we provide you relevant information in our Travel Advice to help you to make well-informed decisions as you travel outside Canada.

Like every other country, New Zealand decides who enters or exits its territory. The Government of Canada cannot interfere with the country’s decision as regards the entry or exit requirements.

The information on this page was obtained from the authorities New Zealand; however, it can change at any time. Moreover, you can verify the information with foreign diplomatic missions and consulates in Canada.

The type of passport you use for travel determines the entry requirements that apply to you. Find out the applicable passport requirements from your transportation company before you travel.

For more information about healthcare in New Zealand, click here.

A 30-year-old Sydney woman, Rani Vincent, travelled to Vancouver for a snowboarding adventure but just as soon as she got off her plane at Vancouver International Airport, she suffered a sudden and major brain hemorrhage. She was rushed to the hospital and put on life support in a critical and life-threatening condition.

Ms. Vincent said that she would never travel without insurance because you never know what would happen any minute. She is one of the many travelers whose medical costs were over $100,000 due to emergencies on holiday. The highest was paid out for a 32-year old Sydney man who developed acute pancreatitis and required emergency blood transfusions. The claim was a massive $688,157.

The third highest claim received by Travel Insurance Direct in the past year was $105,443 for a 26-year-old New Zealand man who was held responsible for a fire outbreak that destroyed the unit he was staying while in Canada.

Do you need a Visa for travelling to New Zealand?

You can purchase multiple travel insurance policies if you are not satisfied with the benefits and features offered by a single policy. However, you should not double dip when doing so.

Yes, you can purchase New Zealand travel insurance policies the day you leave. Some providers now offer usage-based policies that make purchasing coverage on the go easy and possible.

The type of claim you intend to make determines how long it will take you to get an outcome but if you provide necessary documents to your insurer, you should get an outcome in 10-14 business days.