Get Travel Insurance now and discover more about United States of America
Compare. Get the best policy. Save money!
Get a Quote Now 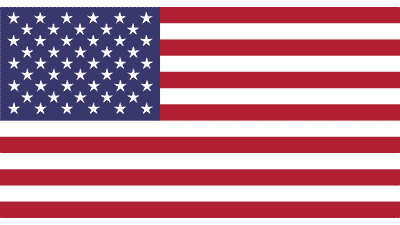 The United States and Canada borders each other. Some of the most common U.S.-Canada borders include Fort France, Ontario and International Falls, Minnesota, The Thousand Islands, Ontario and New York, U.S., Stanstead Quebec and Derby Line, Vermont, to mention a few.

Despite the raging trade dispute between Canada and the U.S., Canadian tourism to the U.S. continues to grow. Some Canadian vacationers believe that the trade dispute will eventually settle down and things will continue as usual.

To get an instant quote on the United States travel insurance, click here.

Some important information on USA Travel Insurance that we think you’ll want to know before you travel.

The decision to travel to the United States is your choice and it is your responsibility to ensure that you are safe while in America. However, we care about your security and the safety of Canadians abroad. This is why we provide a reliable and timely guide and information in our Travel Advice. The guide will help you to make the right decision as regards traveling abroad.

Countries and territories have the right to decide who enters or exits their borders. If you do not meet the United States’ entry or exit requirements, the Canadian government will not interfere on your behalf.

The information on this page was obtained from the United States authorities, however, it can change at any time. Moreover, you can verify the information with foreign diplomatic missions and consulates in Canada.

The U.S. territory of American Samoa retains oversight of its borders, if you are traveling to this destination, you need to verify its entry and exit requirements before you travel.

When entering the United States, you will be required to provide proof of your Canadian citizenship. In such a case, you need your Canadian passport but you can also use several other documents depending on how you intend to enter or exit the U.S.

Private and government-run healthcare services are available in the United States. Although the facilities in U.S. hospitals have a very high standard, medical treatment in the U.S. could be extremely expensive. Some hospitals may also expect cash payment, this means that you need to have enough money to take care of possible costs and also the right travel insurance.

For more information about healthcare in the United States, click here.

Several Canadians in the Vancouver area travel to the United States on a daily basis. While some travel to buy gas, some others travel for some quick shopping. However, most forget to get travel insurance.

You definitely don’t want to leave home without travel insurance to cover you for medical emergencies and accidents. To make travel insurance easy on the go, Dejan Mirkovic and his team have introduced a way to make sure that you are always covered.

Mirkovic is the CEO of Goose Insurance Services, the team has developed an app that will help you to buy travel insurance on the go. While standing in front of the Peace Arch at the Blaine border crossing, Mirkovic said that Canadians who leave the country for any reason should have travel insurance but 50% forget.

Without travel insurance, you could be stuck if you are involved in an accident or sudden illness and needed hospitalization. Mirkovic added that the financial consequence could be huge. The app, known as Goose, informs you when you are close to the border or an airport. You can buy travel insurance as low as $4 a day. It has a total coverage of $10 million. You can read the policy in the app and also access emergency contact and steps to follow if you need to file a claim.

By City
By Province
By Country

Do you need a Visa for travelling to United States?

When entering the United States, Canadian citizens are not required to hold a non-immigrant visa, exceptions include Canadians who fall under non-immigrant visa categories but under different legislation from the Visa Waiver Program.

To learn more about the United States travel insurance and visa, click here.

When traveling to the United States, you may need to visit a doctor. Interestingly, United States travel insurance plans cover doctor visits and other outpatient services.

The length of time depends on the type of claim but you should receive an outcome within 10 to 14 business days once you provide the necessary documents to your travel insurer.