Get Travel Insurance now and discover more about Austria
Compare. Get the best policy. Save money!
Get a Quote Now 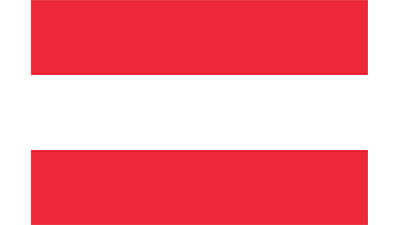 Canada relates to Austria on many issues. The two countries have strong people-to-people ties and also relate in terms of trade and investment as well as academic and youth exchanges. Canada exports a range of products to Austria including machinery, aircraft products, and vehicles.

Austria has a lot of tourist attractions that pull thousands of Canadians to it every year. Among the top tourist attractions are the Hochosterwitz Castle, Eisriesenwelt Cave, Schafberg, Hohenwerfen Castle, Grossglockner Alpine Road, to mention a few.

Whether you are traveling to Austria for tourism, business or any other purpose, it is important to have the right Austria travel insurance to cover you in case of any form of emergency and accidents that could happen while outside Canada.

To get an instant quote on Austria travel insurance, click here.

Some important information on Austria Travel Insurance that we think you’ll want to know before you travel.

The decision to travel to Austria is yours and you are also responsible for your personal safety abroad. However, we provide you timely and reliable information in our Travel Advice to help you to make a well-informed decision as regards traveling to Austria or abroad.

Just like other countries, Austria decides who enters or leaves its borders and the Government of Canada cannot intervene on your behalf if you do not meet the entry or exit requirements of the country.

The information on this page was obtained from the authorities of Austria; however, it can change at any time. Moreover, you can verify the information with foreign diplomatic missions and consulates in Canada.

The entry requirements that apply to you depend on the type of passport you use for travel. Check with your transportation company to find out about passport requirements before you travel.

Austria has both public and private hospitals and health care centers. Austria healthcare facilities and quality are one of the best in the world. Medical treatments could be expensive especially if you do not have an Austria travel insurance policy. In addition, some hospitals may require cash payment. So, you need to travel with enough money to cover potential costs and the right Austria travel insurance for the adequate coverage you need.

For more information about healthcare in Austria, click here.

Canadian travelers buying insurance ought to learn from the case of a man who travelled from Vancouver to Mexico and in the processed was faced with a huge medical bill.

An Australian man Ryan Maudlen and an Austrian woman Katharina Reigl lived in Vancouver for two years before embarking on a lifetime trip. They had a plan to travel to South America but ended up in the Yucatan Peninsula in Mexico, according to their friend Ryan Mulligan.

The problem began when Maudlen, who has Crohn’s disease, collapsed and was rushed to hospital in Playa del Carmen. According to Reigl, he had a perforation of his intestines and all the liquid in his stomach spilled out of his body.

He ended up with blood poisoning and was placed on a medically-induced coma. As a result, his bills were over $100,000 and he requires an additional $100,000 to be airlifted back home. According to Reigl, Maudlen had bought travel insurance from a UK company. The company initially offered to cover the cost but later reversed its position.

Reigl believes that the claims were denied because Maudlen had a pre-existing condition and she didn’t think he disclosed the condition when he purchased the coverage. Meanwhile, his parents mortgaged their home to help pay some of the bills. Also, his friends raised over $80,000 in a crowdfunding campaign also to help.

By City
By Province
By Country

Do you need a Visa for travelling to Austria?

You can purchase more than one travel insurance policy if you are not satisfied with the benefits and features offered by a single policy. The policies should be purchased from different insurers.

Yes. You can buy travel insurance the day you leave Canada to Austria. Some insurers now offer usage-based policies which make it easy to purchase coverage on the go.

The length of time it takes to receive an outcome for an insurance claim depends on the type of claim but if you provide the necessary documents to your insurer you should get an outcome in 10 to 14 business days.