TD Insurance Employee Benefit Plan: The Coverage Overview
Compare. Get the best policy. Save money!
Get a Quote Now 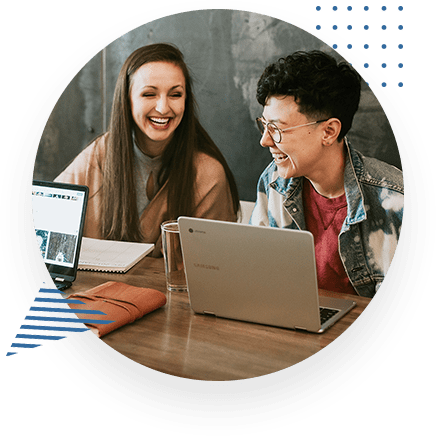 One of the most effective ways of getting your employees committed, dedicated and focused on your business is by offering them an attractive employee benefits plan. With so many Canadian insurers offering various group benefits programs, it may be difficult to choose an adequate benefits program for your organization. However, TD Insurance employee benefit plan is the right plan for you for several reasons.

TD Insurance employee benefit plan is a way to go if you are looking for a plan that will cover your employees completely, offer the needed security to them and their family and give them peace of mind. Satisfied employees can go out of their way to improve your business. You can ensure that your employees give their best to your business by making them feel that they are compensated for their efforts so far.

TD Insurance offers a lot of mouthwatering benefits to plan members. With the TD Insurance employee benefit plan, you will be able to offer flexible coverage to your employees that fit their needs. TD also provides enhanced coverage options and discounts, 24/7 emergency claims services, multiple payment options, preferred rates that could extend into retirements, and extended eligibility for partners and spouses as well as dependent children.

Both the individual and group plans offered by TD Insurance provide options for you to save. For instance, you can save by bundling car and home insurance. TD provides several other discounts and helps you to get the coverage that is appropriate for you. You can also take advantage of the 24/7 claims support to make claims.

William, 29, was a nurse from Port Perry Ontario. She developed two rare and serious blood disorders that required her to receive regular blood transfusions. Doctors have told Williams that she needed radiation, chemotherapy and a bone marrow transplant in 2019 and she has been warned that she may need to stay away from work for over one year.

However, TD Insurance denied William’s critical illness claim stating that her condition is not covered under the terms of the policy.

Since Bianca and her husband took out a mortgage about three years ago, they pay about $2,000 every year for coverage. The couple says that the sales representative assured them that the mortgage payments would be made in the event that either of them is not able to work due to a medical condition or a serious critical illness.

Mark Blackwell also said he had a similar experience with TD Insurance. He was diagnosed with an ependymoma, a rare brain tumor and the doctors spent eight hours removing as much of the tumors as possible. However, they did not get all of it out and there is no other treatment option available.

But TD Insurance denied his claim stating that they needed more proof of the growth of the tumor. TD also stated that the type of insurance the customer purchased only covered life-threatening cancer.

By City
By Province
By Provider

How do I make a car accident claim?

How can I track my claim?

TD Insurance provides a seamless claims tracker that can make it easy for you to monitor claims updates at each stage of your claim. You can log in to TD Insurance account to monitor the update.

TD MyInsurance is a secure online service that allows you to manage and review your insurance policies anytime, contact the support service when you are logged in, get answers to commonly asked questions from the Info Center, access step by step guides to help you through common claims situations and print a temporary proof of car insurance or pink card.

TD Insurance offers several interesting features in its group insurance. These include flexible coverage that fits your needs, 24/7 emergency claims services, enhanced coverage options, and discounts, multiple payment options, preferred rates that may extend into retirement and so forth.