Welsh Terriers are a bit calmer than other terriers. They're still spirited, but more easygoing. They are intelligent, friendly, and alert.
Compare. Get the best policy. Save money!
Get a Quote Now 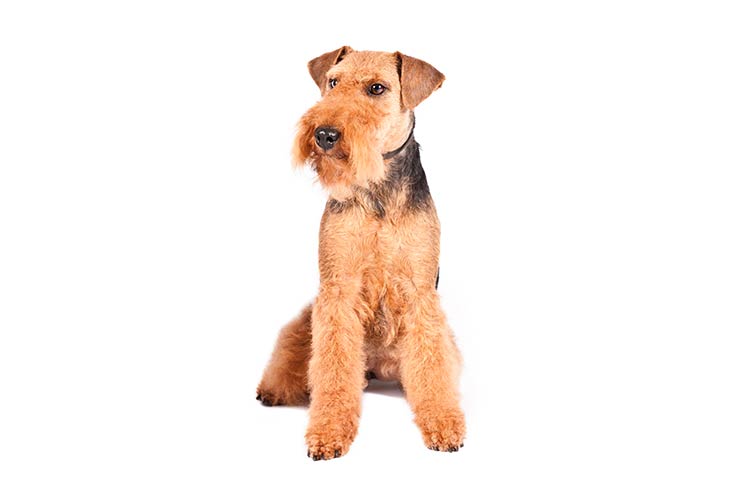 Just like most other terriers, the Welsh Terrier is alert and self-respecting. They stand about 15 inches at the shoulder and weigh up to 20 pounds. Commonly nicknamed, Welshie, this breed looks much like the Lakeland Terrier and the Airedale Terrier. However, they are a little larger than the former and smaller than the latter.

Like most ancient breeds, the history of Welshie is not clear. It is believed that the breed is quite old because some ancient paintings and prints show dogs that resemble them. In fact, it is possible that Welshie is one of the first Terriers. The breed was originally known as Black and Tan Wire Haired Terrier or the Old English Terrier. During the nineteenth century, Welshie lived in several parts of England but he’s associated with Wales.

It is also important to consider the coverage’s limit, stipulation, exclusion and the waiting period. Knowing so much about the coverage can save you a lot in the long run. You don’t want to have your claim denied, do you? That’s why you should read the policy documents before taking it out.

To get a quote for Welsh Terriers pet insurance, click here.

Welsh Terriers are healthy and hardy dogs and they have a durable and lasting physique. The breed has a life expectancy of 12 to 15 years but several health problems can cut short the life of the dog.

Canines in this breed suffer a few conditions such as hypothyroidism and glaucoma. With the rising cost of veterinary treatment and care, most of these conditions will cost thousands of dollars in veterinary care. Even though veterinary care is cheaper than human medicine, it may not be convenient to pay for the cost out of pocket. That’s why you should take out Welsh terriers pet insurance as soon as possible.

Health: They are healthy overall but prone to conditions like allergies, glaucoma, epilepsy, hypothyroidism, etc.

The chairman of Saatchi & Saatchi, Richard Huntington, and his wife, Annabel Bird, raised over £5,000 to ensure that their Instagram-star dog, a is treated by a celebrity vet. They also asked their followers to make donations on a crowdfunding website.

The Welsh Terrier named Edward Lear has over 10,000 followers on Instagram. Pictures of the dog have been taken at five-star hotels and in designer dog wear.

The couple who lives in a house worth over £1 million and earns a six-figure salary is asking for a donation of £7,500 for their dog. This came after the four-year-old celebrity dog was diagnosed with arthritis, hip dysplasia, and torn cruciate ligaments.

Huntington said they got a lot of support from the public. 219 people donated over the course of 22 days. He also said that Lear has been treated by TV’s “supervet” Noel Fitzpatrick. “The response was rather humbling, to say the least.”, he added.

The couple’s dog insurance had a limit of £4,000; this leaves them with bills of £7,500 and so they are asking for help from the public.

Bird wrote on the GoFundMe page: “All I want is for my funny little dog to be able to run around like the crazy terrier he is and climb mountains in the Lake District and Snowdonia like he used to and enjoy his life to the fullest”.

She said Lear hasn’t walked for more than 10 minutes in four months and that’s why she feels so bad for him. Due to the criticism they received, Bird said that anyone who wishes to donate funds given towards the dog’s operation to charity should contact her and anyone who wishes to cancel their donation is free to do so.

Welsh Terriers are not generally aggressive, however, if the dog is not socialized early, they may be aggressive and aloof to other dogs.

If your pet is diagnosed with a medical condition, your pet insurer will require you to wait for some stated period before you can process your claim. The waiting period varies from one pet insurance company to the other. For most pet insurance companies, it is 14 days for illnesses and 48 hours for accidents.

What medical conditions are common with Welsh Terriers?