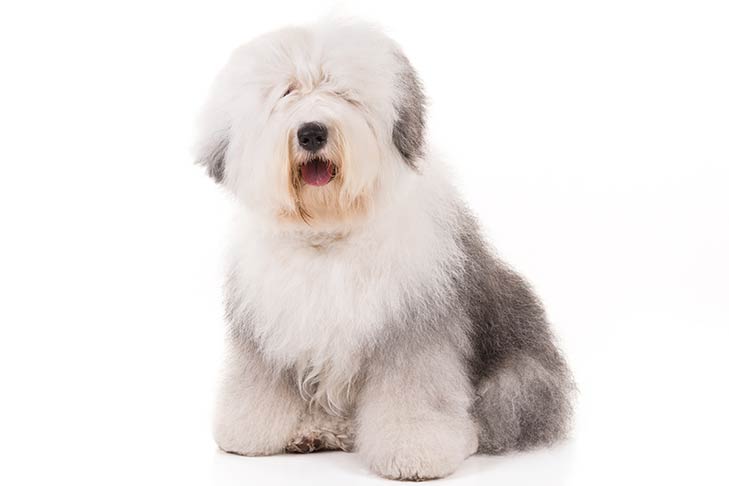 The Old English Sheepdog is an athletic and large dog with a unique shaggy coat. The breed was developed to help farmers drive sheep and cattle to the market. However, they now serve as companion dogs. The sheepdog has a muscular double coat with big rump and a lot of bones. They are known to be smart, adaptable and gentle.

No doubts, the Old English Sheepdog is a wonderful breed and deserves care, attention, and love. It is important to take out Old English Sheepdog pet insurance as soon as you purchase your pet. There are a lot of benefits of taking out coverage early. Pets become more prone to critical illnesses and genetic diseases can easily manifest in older dogs. If you take out pet insurance early, chances are that the pet would not have been diagnosed with a pre-existing condition.

To get a quote for Old English Sheepdogs pet insurance, click here.

The average lifespan of the Old English Sheepdog is 10 to 12 years. However, certain health conditions may cut the pet’s life short. Health problems common with the breed include entropion, glaucoma, deafness, diabetes and so forth.

Most of these medical conditions require thousands of dollars in veterinary care and treatment. In some cases, pet owners spend tens of thousands of dollars to treat their pets. You don’t want to spend such an amount of money out of pocket, do you? Why not take out Old English Sheepdog pet insurance as soon as possible.

When he was just five weeks old, Charlie, together with other old English sheepdog puppies in his litter, starred in a Dulux TV ad.

The sheepdog owners, Wayne and Tracy Weight, traveled from Bribie Island to show their two dogs at the 2019 Blackbutt Show. Charlie is the smaller of their two dogs; the other dog, Vision is 18-months old.

According to Mrs. Weight, the breed was popular but quite rare. Interestingly, the Weights dogs were the only Old English Sheepdogs at the Blackbutt Show.

Speaking about the dogs, Mrs. Weight said: “they are beautiful dogs and people just love them”. “I mean look at them, they are so large and fluffy. But they are also gentle and soft”, she added.

Mrs. Weight also said that the dogs require a lot of maintenance because of their coat. They are quite well insulated and don’t get so hot; just like any dog breed, they deal with the heat. They require regular grooming and washing to avoid being matted.

According to her, they are always approached by strangers whenever they take their dogs out. She said that they are one of those breeds people keep coming to you to ask if they could just say “hello”. Moreover, they love attention and they are also great with children.

The couple said their two dogs have been performing well in shows this year. They have been to shows nearly every weekend and the dogs win something in each of them. They also love showing their dogs.

You shouldn’t leave an old English sheepdog alone for long. The dog loves to be with his owner and may become destructive if left alone even for a short period.

Are Old English Sheepdogs protective of their owners?

Old English sheepdogs are not guard-dogs but they have protective instincts. They are independent dogs and are protective of their owners.

Canadian pet insurers will require you to wait for a defined period, known as the waiting period before you can process your claim. The waiting period may vary from one pet insurer to the other. It is usually 14 days for illnesses and 48 hours for accidents.

If a pet is diagnosed with a medical condition before the start date of the pet insurance policy, the condition will no longer be covered for that pet. In other words, it will be excluded from the Old English Sheepdog pet insurance.

What medical conditions are common with Old English Sheepdogs?