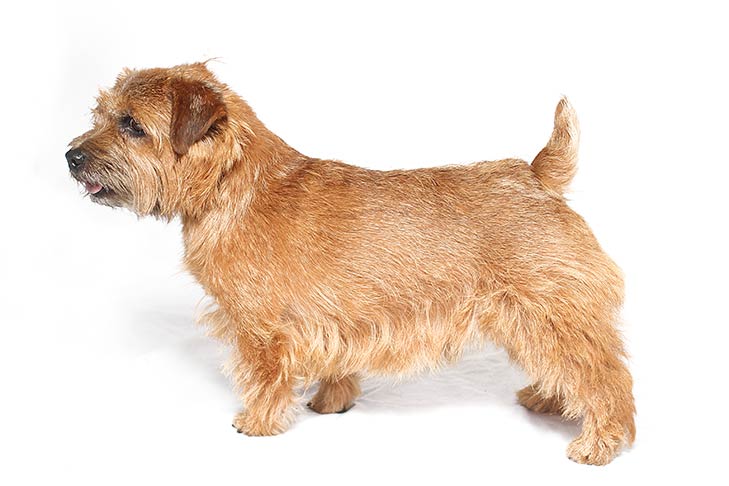 Norfolk Terriers are cute, little and loyal dogs that love to curl into their owner’s lap but they are not lapdogs. They are toyish and possess every bit of qualities that characterize the terrier family such as feistiness, confidence, and sturdiness. The breed stands no more than 10 inches at the shoulder and weighs up to 12 pounds.

The Norfolk shares similar characteristics with their close cousins, the Norwich Terrier but the major distinction is in their ears. While Norfolk’s ears are neatly folded over, Norwich's ears are pointed and erect. The breed was developed in Great Britain for hunting and killing vermin in barns. Some historians believe that the breed was developed by crossing several terriers including Border Terriers, Irish Terriers, and Cairn Terriers.

Also, it is important to carefully read the policy documents in order to understand how broad the coverage is. This will help you to know how much coverage you have as well as the coverage’s limit, exclusions, stipulations, waiting period and the cost of the pet insurance.

To get a quote for Norfolk Terriers pet insurance, click here.

Norfolk Terriers can live up to 16 years but the dog can die early due to several health problems. Some of the health problems common with the breed include patellar luxation, mitral valve disease and so on. Most of these health problems may cost thousands of dollars in veterinary care and treatment.

Rather than spending a lot of money out of pocket to treat your pet, you could take out Norfolk Terriers pet insurance. With the rising cost of veterinary care and treatment, it is risky not to take out pet insurance. Some medical conditions, especially those requiring multiple surgeries, may cost more than $10,000 for treatment and rehabilitation.

Pet insurance will provide huge assistance to you and you can focus on accessing advanced veterinary treatment for your pet.

After returning distressed from a walk in Windsor Great Park, the royal’s treasured Norfolk Terrier Orange was rushed for treatment but could not be saved.

The five-year-old dog was believed to have eaten mystery poison during the walk. The dog’s owner, Princess Beatrice was devastated at the death of her dog.

However, vets were not able to identify the toxin but said that the dog could not be saved.

Bea, the Queen’s granddaughter, aged 30, had to make a difficult decision of putting down her beloved dog, Orange.

“No one knows if the poison was a natural substance like fungi or if a dog-hating person was on the loose”, a friend said. After the incident, Beatrice is keeping a close eye on her other pets.

Bea was given a Norfolk Terrier Max as a gift in his 13th birthday in 2008. The dog disappeared after three weeks and even the Queen joined in the search. Max, however, died in 2012 of injuries after being attacked by corgis at Balmoral.

The dog may be dominant or aggressive towards strange dogs, however, they are more tolerant towards other dogs than most terriers.

In case of an illness or accident, you will usually be required to wait for 14 days (for illness) or 48 hours (for accidents). The waiting period is usually stated in the policy document, it may vary from one pet insurance company to the other and is usually shorter for accidents.

What medical conditions are common with Norfolk Terriers?