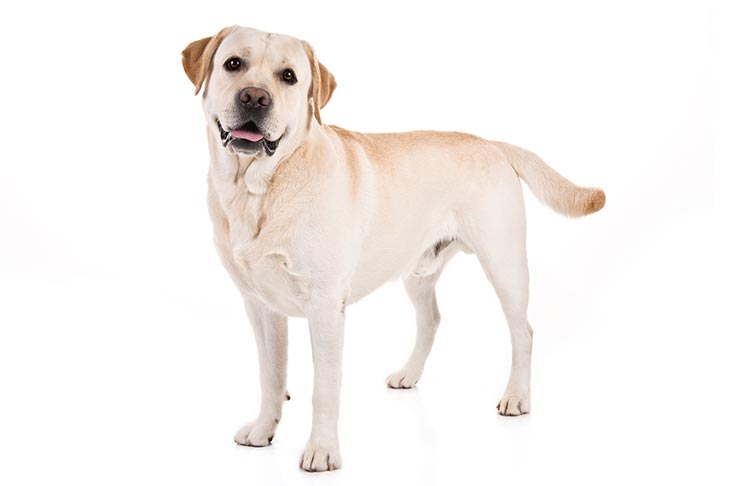 In the 1700s, the breed was famous for helping local fishermen in their day to day jobs. They helped their owners to retrieve fish that escaped hook, and they were also known for being sociable. Today, Labrador Retrievers are used as therapy dogs, sporting and hunting dogs and they are also trained to aid people suffering from autism and the blind.

Unfortunately, if your pet is diagnosed with a medical condition before you take out pet insurance, the condition will be considered as a pre-existing condition and will no longer be covered by Canadian pet insurers. This is why you need to get Labrador Retrievers pet insurance as early as possible to be sure that your dog is well covered.

With Labrador Retrievers pet insurance coverage, you will ensure that your dog has adequate medical coverage it requires no matter what happens. The pet insurance may also cover non-medical occurrences such as theft or loss and it may cover routine procedures such as checkups and vaccination.

To get a quote for Labrador Retrievers pet insurance, click here.

Labrador Retrievers are not just a hardworking breed of dogs but they are also friendly and caring. They are gentle, rugged and even-tempered. In most cases, the pet owner would develop an affection for the dog and wouldn’t want any danger to come its way. But just like most dog breeds, Labrador retrievers may be prone to hereditary diseases and chronic illnesses.

As the retriever grows old, several medical conditions may manifest. Eye problem, cataract, and several kinds of dysplasia are very common with the dog breed. Some of the medical conditions the dog might develop could cost over $3,000 in veterinary care. While these are very low when compared to human medicine, you don’t want to shell out such an amount of money out of pocket.

This is why you need to get Labrador retriever pet insurance as early as possible. In fact, you need to get the right coverage as soon as you purchase your dog to be sure that it has comprehensive coverage.

The tendency to Bark: Low

After several unsuccessful years of trying for a child, Kris, Anastasia Rzesnoski’s husband bought her a puppy to complete their family in February 2014. The dog was a Labrador Retriever named Bobby Orr after Kris’ favorite hockey player.

Unfortunately, Bobby’s life was cut short on February 26, 2015, by a car in East St. Paul. To make the matter worse, Kris and Anastasia Rzesnoski were sued by Manitoba Public Insurance for the cost of the damaged vehicle.

While shedding tears, Anastasia said she thinks about him every day, he was her furbaby. Bobby was off the leash when playing with another dog on the unfenced front yard. He then tossed to Hoddinott Road where the speed limit is 70 km per hour and was hit by a driver.

Rzesnoski said they should have trained him better and she takes full responsibility for it. She added that they were not there to put him on a leash. “The driver of the 2014 Toyota Corolla stopped and apologized to me for what happened and we exchanged information. He was in a hurry and I was in a hurry to get Bobby”, said Terry Rzesnoski Anastasia’s father-in-law.

Sadly, MPI sent the Rzesnoski a letter in the mail two months later, stating that they were responsible for the cost of repairing the damaged vehicle which was $2,536.97. But the letter incorrectly stated that the incident occurred on a highway near Winnipegosis, about four hours from East Paul.

Since the information was wrong, the Rzesnoski responded that they had made a mistake and sent the letter to the wrong person but three months after that, a second letter from MPI arrived with the correct information and address. The letter also stated that they owed $2,536.97 for the damaged vehicle.

How long can a Labrador retriever be left alone?

The puppy should be able to last three to four hours without a wee by the time it is six months old.

Are Labrador retrievers protective of their owners?

Yes. Labrador retrievers are loyal dogs. Due to their strong loyalty, they will protect their owners from anything that seems dangerous.

Most pet insurers will usually require that you wait for some days before the pet insurance coverage will become effective. The waiting period varies from one insurer to the other but it is usually 14 days.

If the pet is diagnosed with a medical condition before the start date of the pet insurance policy, the condition will be excluded from the policy and will not be covered.

What medical conditions are common with Labrador Retrievers?