Briards are loving, loyal, and very smart. They're protective of kids and family and are tireless pets.
Compare. Get the best policy. Save money!
Get a Quote Now 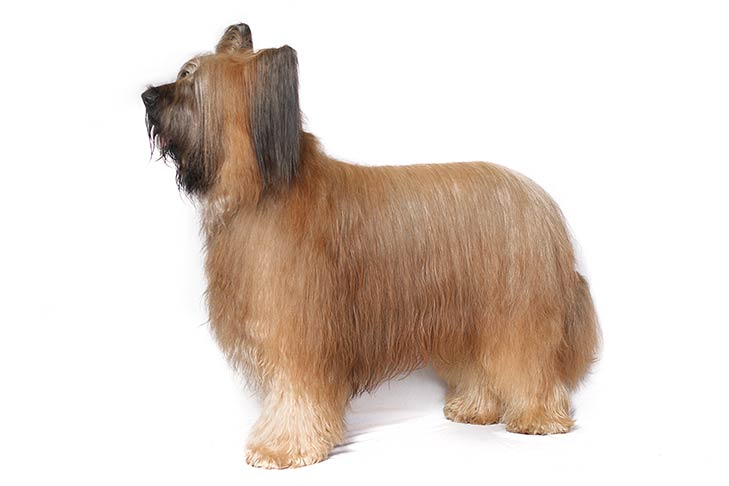 The breed has been in existence since the time of Charlemagne in France. Briards are named after the region of Brie known for dairy production. The breed was developed as a two-in-one dog by French farmers. They needed a dog that is courageous and agile to guard their flocks and so they created the Briard.

Briards are strong, intelligent and wonderful dogs; they make great companions. On purchasing your dog, it is necessary to take out Briards pet insurance. The right pet insurance will cover the cost of veterinary treatment for your pets such as hospitalization, injuries, illness, surgeries and so on. It could also cover routine procedures such as vaccination and checkups.

To get a quote for Briards pet insurance, click here.

Why Briards Pet Insurance Is Important

Briards are generally hardy dogs but they are prone to certain health problems and genetic diseases. Just like most large dogs, they may suffer from musculoskeletal issues like hip dysplasia. Some other medical conditions common to the breed include cataracts, blindness, hypothyroidism, and so on.

Most of these medical conditions cost thousands of dollars in veterinary care and treatment. Rather than paying out of pocket, you could take out Briards pet insurance to cover pet-related medical expenses for your furry friend.

Canadian pet insurance providers usually require you to pay a certain percentage of the coverage (usually 10%) as co-insurance, in this case, the policy will be covering 90%. Even with the 10% co-insurance, you still stand a chance to save a lot of money and it is definitely better off than not taking out insurance for your pet.

After reading an article that featured Briard in a pet magazine, Karen Cobb, a professional dog trainer, became interested in owning the unique breed in 1997. Shortly after, a client brought her one to train.

Briards belong to the working group but they have remarkable personalities. They are also agile and have quick instincts. Cobb knew she needed to get one after training the dog for some time.

When Cobbs purchased her Briard, Norman, she didn’t know he would not just become her best friend but would hold two Guinness World Records titles.

Cobb taught Norman virtually everything. He received his first lesson on his flight home with Cobb. When waiting to board the plane, Cobb taught the dog how to lay down, sit, how to come when called and how to look.

Norman became so accustomed to Cobb’s family that he adopted some of their habits, especially those of Cobb’s children.

Confident of the dog’s ability, Cobb applied for the record “fastest 30 minutes on a scooter by a dog”. She was confident that the 4-year-old dog will beat the minimum and he did not disappoint. The Briard scooted 30 minutes in just 20.77 seconds with much excitement.

Also, Cobb applied for the title of “fastest 30 minutes on a bicycle by a dog” and Norman shined in front of thousands of viewers by earning a time of 55.41 seconds on a bike.

Are Briards prone to separation anxiety?

Briards may be aggressive towards other dogs, especially dogs of the same sex. The breed is known to be stubborn. Some are also not good with cats.

Generally, pet insurance companies will require you to wait for some days before processing your claim. The waiting period may vary from one pet insurance company to the other, however, for most, it is 14 days for illness and 48 hours for accidents.

Most pet insurance companies in Canada do not cover pre-existing conditions. In other words, if your pet is diagnosed with a medical condition before the policy’s start date, such condition will be excluded from the Briards pet insurance coverage. You may be able to access coverage for other conditions but not the excluded condition.

What medical conditions are common with Briards?