These plucky dogs are both smart and spirited. They are great watchdogs and are quick learners.
Compare. Get the best policy. Save money!
Get a Quote Now 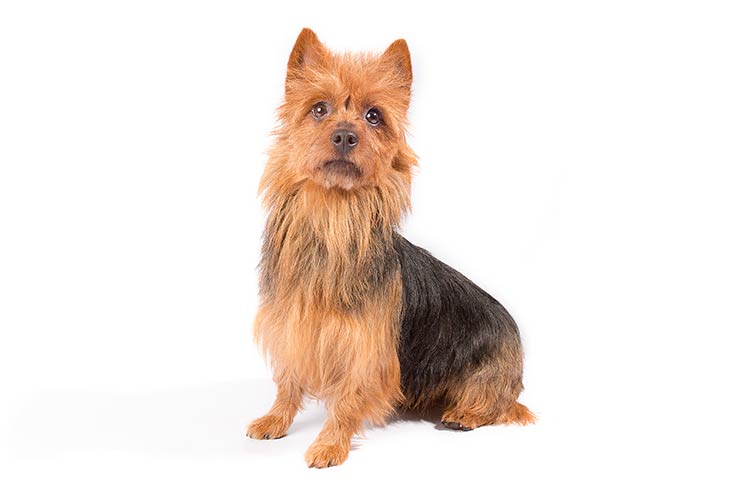 The Australian Terrier is one of those dog breeds that can be described as “small dogs with big dog personalities”. They are lively, smart and spirited. This breed is terrier in every sense of it. They are plucky, self-confident, curious, frisky, albeit small. Their alertness and some other wonderful attributes make them good watchdogs.

Aussies, as they are often called, were developed in Australia but it is believed that their pedigree came from Great Britain. They stand no more than 11 inches at the shoulder and weigh no more than 20 pounds. The breed was mainly developed for hunting and killing rodents and snakes but they are also great companions. The breed’s ancestor is believed to be the Rough-Coated Terrier, a sister to the old Scotch dog of Great Britain.

Australian Terriers are wonderful dogs that form a bond with their owners. As a companion dog, the dog quickly becomes his owner’s best friend. It is important to take out Australian Terriers pet insurance as soon as you purchase your dog. With the right pet insurance, you will cover medical expenses for your pet as well as the cost of hospitalization, accidents, illness, injuries, diagnostic tests, emergency care, surgery and so on.

With so many policy options out there, it is important for pet owners to research their options and be meticulous when choosing Australian Terriers pet insurance coverage. Some coverages may be too specific that they will not provide comprehensive protection to your pet. This is why it is advisable to choose broad coverage over specific coverage.

To get a quote for Australian Terriers pet insurance, click here.

The most commonly reported health problems among the breed include allergic dermatitis, diabetes, patellar luxation and so on. Of course, not every dog will develop any of these conditions but it is better to take precaution than to hope on fate.

This is why it is advisable to take out Australian Terriers pet insurance as soon as you purchase your dog. Some of these health conditions may cost thousands of dollars in veterinary care and treatment.

With Australian Terriers pet insurance, you don’t have to fork over such a huge amount of money to pay for your pet’s veterinary care and treatment, you can get requisite help to do so. Besides, you will be able to take advantage of some of the best vet treatments available for your furry friend.

An Australian terrier named Judy has proven herself an expert in dog yoga, otherwise known as “doga”.

In a video clip that went viral in 2016, Judy shows off impressive doga moves on a mat. In doga, pet lovers twist, massage and stretch their dogs in several poses in order to relax them.

The most interesting thing about Judy, the Australian terrier, is that she does not need any human help to practice doga. To the surprise of all, she does a series of doga tricks on her own.

Judy began by rolling yoga mat with her nose and then she lifts her hind legs into the air for some seconds.

If soothing music plays at the background, Judy proceeds by lying on her front and lifts her back up in a rhythmic motion several times. As of 2016, the clip was viewed about 31,000 times on YouTube, but now it has been viewed over 300,000 times.

No doubts, the Australian terrier has become an internet celebrity due to her unmatched exploit. She usually involves a follow dog, Sunny a chihuahua, in her clip.

Australian Terriers are protective and territorial. If they see or suspect any interloper, they will make some noise.

Pet insurance companies will usually require you to wait for some days before you can process your claim. The length of the waiting period may vary from one pet insurance provider to the other but most insurers have a waiting period of 14 days for illness and 48 hours for accidents.

What medical conditions are common with Australian Terriers?