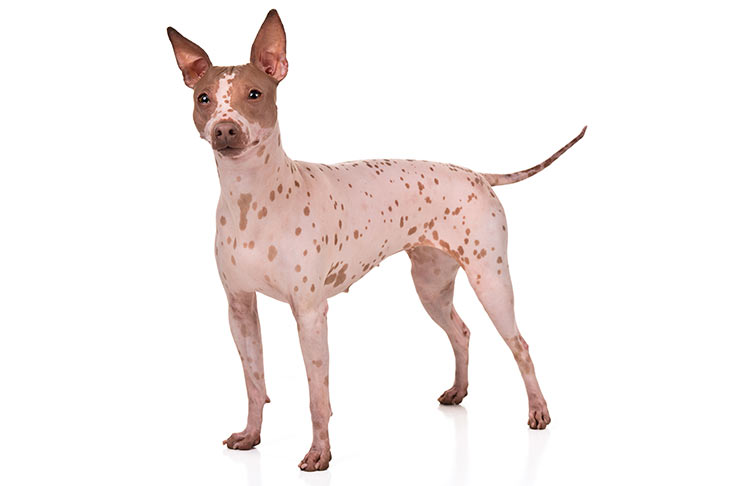 The American Hairless Terrier is a variant of Rat Terrier, recognized as a separate terrier breed on January 1, 2004. They are energetic, social and intelligent dogs. Canines of this breed are often listed as a good choice to people suffering from allergy.

The dog stands 12 to 16 inches high and weighs up to 16 pounds. Commonly nicknamed AHT, this breed comes in two varieties: coated and hairless varieties. While the coated variety has a shiny and short coat, the hairless variety has whiskers and eyebrows.

While Rat Terriers were developed in England, the American hairless terrier was developed in the United States. The breed was created by crossing rat tarriers with a smooth fox terrier. AHTs are gorgeous, beautiful and wonderful dogs with many interesting characteristics. On purchasing or adopting your dog, you need to take out American Hairless Terriers pet insurance.

With the right pet insurance for your American hairless terrier, you will cover the dog’s medical expenses including the cost of accidents, illness, hospitalization, injuries, diagnostic tests, emergency care and so forth. This will help you to take advantage of the best treatments available without considering the cost.

To get a quote for American Hairless Terriers pet insurance, click here.

The cost of veterinary treatment and care is becoming steeper by the day, thanks to the advancement in technology. Now, you can access some of the best treatments for virtually any medical condition your dog might develop including genetic and non-genetic ailments. But at the same time, the rising cost of veterinary care is worrisome.

Some pet owners go through the difficult option of putting down their dogs for conditions that could have been treated if they have enough money. While you could ask for donations, it is not always sure-fire way raising money for vet treatment.

This means that you need to take out coverage early to access comprehensive pet insurance.

Origin: The United States of America

Over the last 20 years, Allan Gidyk and his family had three American hairless terriers as pets. Gidyk said he got all his dogs from the same breeder. The breeder helped a lot in getting the dogs into the prestigious show.

The breed has been around for just 45 years. Allan Gidyk noted that it is a great accomplishment for such a young breed to feature in the show. He also said that some breeds much older than AHT are not even recognized by AKC not to talk of featuring in Westminster Dog Show.

The 2017 event, held in New York, featured thousands of dogs. “They are in the terrier group, so, they will compete amongst themselves for best in breed. They will do best in group, the best terrier, maybe best in show, but that’s a rather long shot”, he said.

Minus their fur, AHT is similar to other terrier breeds. “We call them Jack Russell terrier without hair. They are a little bit taller, their legs are a bit long, they are completely hairless”, he added.

In terms of temperament, they are, much like their sister terriers, energetic and playful. They are lazy, they are lap dogs and they are cuddlers.

American Hairless Terriers are not aggressive. They will make a very poor guard dog because they are not powerful enough for guard works.

What medical conditions are common with American Hairless Terriers?