Learn more about Life Insurance in Manitoba
Compare. Get the best policy. Save money!
Get a Quote Now 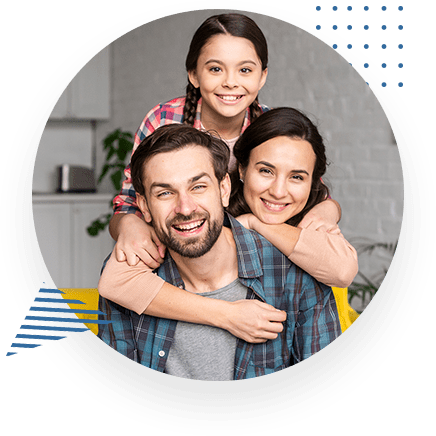 You want the best insurance coverage available in the market, don’t you? You definitely need to compare various policy options and choose the right coverage. In other words, to really choose the right coverage, you need to know what you want and you should know how to compare the policy options. There are oodles of Manitoba life insurance providers and policy options; this means that you will be comparing lots of policies. You can call Insurdianry to have the job handled by some of the best insurance advisors we recommend. We will connect you to insurance advisors who will understand exactly what you need and can help you get the desired life insurance policy. We make the job easier for you and will provide you with some of the best quotes from renowned insurance companies in Manitoba for you to choose on the best coverage options. Not only will you get expert advice from the insurance advisors, but you will also be able to save with our competitive quotes. We work with some of the best insurance providers in Manitoba; this means that with us, you can be sure to deal with the most beneficial and most affordable quotes out there. Call Insurdinary today to begin enjoying the benefits we offer. To get a life insurance quote click here.

Great West Life, on Wednesday, December 5, said it received a potential threat and shut down its Winnipeg offices. The life insurance giant told its 5,000 employees to stay at home owing to the threat. After doing a sweep through five buildings overnight, police failed to find anything. Liz Kulyk, the company spokeswoman said in an email that they alerted the Winnipeg Police Service as a measure of caution for their employees and the community around them. The company closed their buildings at 60, 80, and 100 Osborne St., 444 St. Mary and 560 Broadway. According to police const. Tammy Skrabek, the canine unit of the police service that was not available over the night did another search on Wednesday morning but found nothing. The company buildings opened on Thursday, December 6 after the police did a thorough search and found no threat to the safety of the employees. The company refused to comment on how Wednesday’s closure would affect their clients. To learn more about Manitoba life insurance issues, click here.

The Insurance Council of Manitoba is the body in charge of regulating, licensing and applying disciplinary measures to insurance agents, adjusters and brokers in the Canadian Province of Manitoba. The Council regulates these activities in several ways. It established standards for licensees and applicants to ensure that a high standard of professionalism, integrity, and competence is maintained and promoted in the Manitoba insurance industry. The Council can investigate actions or conducts of insurance agents, brokers and adjusters in response to complaints. To learn more about Manitoba insurance regulatory body click here.