Get Travel Insurance now and discover more about Uganda 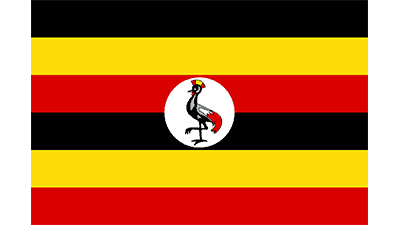 Uganda’s diverse flora, fauna, culture, and landscape make it a hotspot for tourism in East Africa. Tourism in Uganda is mostly focused on wildlife and landscape. The major tourist attractions in the East African country include game and bird viewing, hiking and mountain climbing, as well as boating and water sports.

Canadians also travel to Uganda for other purposes which include trade and business. When traveling to Uganda, it is important for you to have the right Uganda travel insurance or private medical coverage to cover you in case of medical emergencies, accidents, hospitalization, injuries and doctor visits in Uganda.

To get an instant quote on Uganda travel insurance, click here.

Some important information on Uganda Travel Insurance that we think you’ll want to know before you travel.

It is your sole decision to travel to Uganda; this makes your personal safety in Uganda your absolute responsibility. But we care about the safety and security of Canadians abroad and so we provide credible and relevant information in our Travel Advice to help you to make well-informed decisions as you travel to the East African country.

Due to muggings and theft, especially in urban centers, exercise a high degree of caution in Uganda.

The Public Health Agency of Canada advises Canadians to practice special health precautions in Uganda due to the Zika virus. Pregnant and would-be pregnant women should avoid traveling to Uganda.

Every country or territory has the right to decide who is allowed to enter or exit its borders. The Canadian government cannot intervene on your behalf if you fail to meet the country’s entry or exit requirements.

The information on this page was obtained from the Ugandan authorities; however, it can change at any time. Moreover, you can verify the information with foreign diplomatic missions and consulates in Canada.

The entry requirements that apply to you depend on the type of passport you use for travel. Find out about requirements on passport validity from your transportation company before you travel.

There are public and private hospitals in Uganda. However, the healthcare facilities and quality in Uganda is one of the worst in the world but medical treatment could also be expensive. Some hospitals may require cash payment, so, you need to travel with enough money to cover potential costs and adequate Uganda travel insurance for coverage against medical emergencies, hospitalization, and accidents.

For more information about healthcare in Uganda, click here.

A Winnipeg couple, Lindsay and Zaid Aboud flew to African in 2016 to start a charity and not a family. While in Uganda, they met one-year-old Abel and two-year-old Malaika at the orphanage. While Abel was sick, Malaika was born without hands. Their deformities make them unlikely to be selected for adoption.

Lindsay said that Malaika was seen as a curse because she was born without hands and they were told that if she is brought back to the community, she would be killed. The mother had no option than to leave her on a bus.

Abouds wanted to give the children a better chance at life but they do not have an idea about the trials that lie ahead of them at home in Winnipeg. The couple adopted the children officially in May 2018 but the process of bringing them back to Canada was filled with misinformation, frustration and red tape.

Zaid said he feels like he is in prison. He added that he has been severely impacted physically, emotionally, mentally and in his relationship with colleagues and friends. The couple applied for citizenship for the children and visitors visa. The citizenship was processed but the visas were denied in August.

Do you need a Visa for travelliong to Uganda?

Canadians are required to have a visa to enter Uganda. Of course, you can apply for the visa upon arrival to Uganda, but it is usually better to apply online. If you intend to obtain a visa upon arrival, you may be required to show proof that you first attempted to apply online. You should also endeavor to apply as far in advance as possible because delay may occur. If you intend to work in Uganda, make sure that your employer finds out the type of permit you will require from the Directorate of Citizenship and Immigration Control of Uganda.

You can buy multiple travel insurance policies if you are not satisfied with the features and benefits offered by a single policy but you should buy the coverage from different insurers.

Your travel insurance policy would cover the cost of outpatient services including doctor visits.

Your Uganda travel insurance policy can be purchased the day you leave Canada to Uganda. Some insurers now offer usage-based policies that make purchasing and managing coverage easier.

It takes 10-14 business days to receive an outcome for your claim if you provide the necessary claim documents to your travel insurer. The length of time generally depends on the type of claim you intend to make.