Get Travel Insurance now and discover more about Slovenia 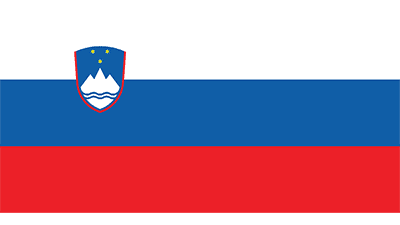 With a romantic fairytale setting, Slovenia is one of the most attractive locations in Europe for tourists. Slovenia was named European Green Capital in 2016 due to the importance placed on Green living in the country. Slovene dishes and cuisines are world-class. Ljubljana offers remarkable fresh local produce that underlies the wide-ranging dishes in the European country.

Canadians visit Slovenia for tourism, trade, education, and several other purposes. The two countries have an excellent relationship with each other. There are 37,000 Canadians of Slovene ancestry in Canada. Youth mobility is also an important form of the relationship between the countries. The two countries signed a Youth Mobility Agreement in 2009. The agreement allows Canadian and Slovenian youths between 18 and 35 to work and live in each other country.

No matter your reason for traveling to Slovenia, you need to have the right Slovenia travel insurance before you leave Canada. Your provincial plan will not cover you abroad in case of medical emergencies. However, with the right travel insurance or private medical plan, you will be adequately covered.

To get an instant quote on Slovenia travel insurance, click here.

Some important information on Slovenia Travel Insurance that we think you’ll want to know before you travel.

The decision to travel to Slovenia is your choice and you are responsible for your personal safety abroad. But since we care about your safety, we provide you credible and reliable information in our Travel Advice to help you to make a well-informed decision when you travel out of Canada.

Every territory or country decides who enters or exits its borders. Also, the Government of Canada cannot intervene on your behalf if you do not meet the country’s entry or exit requirements.

The information on this page was obtained from the Slovene authorities; however, it can change at any time. Moreover, you can verify the information with foreign diplomatic missions and consulates in Canada.

The entry requirements that apply to you depend on the type of passport you use for travel. Check with your transportation company to find out about passport requirements before you leave.

Slovenia has both public and private health care system. The quality of health care in the European country is high but medical treatment could be expensive. Some hospitals in Slovenia may require cash payments. So, you need to travel with enough money to cover potential costs and an adequate Slovenia travel insurance policy for the coverage you need against medical emergencies.

For more information about healthcare in Slovenia, click here.

After living in Canada for over nine years, Robert Zaveljcina and Michaela Jokic-Zaveljcina were given deportation notices. Their two-year-old son, Michael Zaveljcina and his seven-month-old brother Alex, both born in Peterborough, will be deported to Slovenia with their parents, despite the fact that the children have never been to Slovenia.

Eager to build a new life, the Zaveljcina began working as soon as they were legally able to do so. After seven years, they felt secure enough to build their family. Father Bill Moloney who baptized Michael and Alex said he does not know what is happening. He added that the children are the sweetest little kids and their parents are giving them a great example. Father Moloney asked people to be emphatic and cry out that it is unjust.

The Zaveljcinas moved to Peterborough after being faced with discrimination in Slovenia. Mr. Zaveljcina was a Slovenian but his wife was half-Croatian and half-Serbian. Many of his fellow Slovenian back home see the marriage as a betrayal because most Slovenians harbor hatred towards the other nations of the former Yugoslav Republic.

Mr. Zaveljcina said they love Canada because it gives everyone a chance. He added that they want their children to grow up learning that everyone is equal and that their race does not matter.

Do you need a Visa for travelling to Slovenia?

You can purchase multiple Slovenia travel insurance policy if you are not satisfied with the features and benefits offered by a single policy.

Your Slovenia travel insurance covers the cost of outpatient services including doctor visits.

You can buy Slovenia travel insurance the day you leave Canada or even later. Some insurers offer usage-based policies which make it easy for you to purchase coverage anytime.

The length of time it takes to receive an outcome for your claim depends on the type of claim. However, if you provide necessary documents to your insurer, you should get an outcome in 10-14 business days.