Get Travel Insurance now and discover more about Paraguay 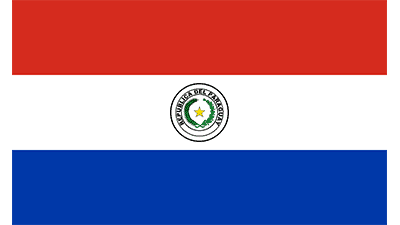 Paraguay is definitely not a popular tourist destination but the South American country is worth every cent you spend on tourism. There are so many must-visit attractions in Paraguay from Ita Letra and Itaipu Dam to Bella Vista’s terere plantations and Ybycui National Park.

Besides, Canada shares a bilateral relationship with Paraguay. The relationship between the two countries is in terms of trade relations, international assistance, and education.

Canadians travel to Paraguay for various purposes ranging from trade to tourism. Your provincial plan will not be effective when you travel outside Canada. Before traveling out of Canada, you need to ensure that you have the right Paraguay travel insurance or private medical plan to cover you against medical emergencies, hospitalization, injury or accidents abroad.

To get an instant quote on Paraguay travel insurance, click here.

Some important information on Paraguay Travel Insurance that we think you’ll want to know before you travel.

The decision to travel to Paraguay is your choice and you are also responsible for your personal safety abroad. But since we care about your security and safety, we provide you reliable and relevant information in our Travel Advice to help you to make well-informed decisions as you travel to the South American country.

Due to increasing crime, exercise a high degree of caution in Paraguay.

The Public Health Agency of Canada advises travelers to practice special health precautions in Paraguay due to the Zika virus. Pregnant women and would-be pregnant women are advised to avoid traveling to affected countries.

Like other countries, Paraguay decides who enters or exits its borders. The Government of Canada cannot intervene on your behalf if you do not meet the country’s entry or exit requirements.

The information on this page was obtained from the Paraguayan authorities; however, it can change at any time. Moreover, you can verify the information with foreign diplomatic missions and consulates in Canada.

The entry requirements applicable to you depend on the type of passport you have. Check with your transportation company to find out about passport requirements before you travel.

Paraguay has both public and private hospitals and healthcare facilities. The healthcare facilities in Paraguay may not be up to Canada’s standard but medical treatment could be expensive. Some hospitals may require you to make cash payments, so, you need to travel with enough money to cover potential cost and adequate Paraguay travel insurance coverage to cover unexpected costs and medical emergencies.

For more information about healthcare in Paraguay, click here.

Not until the mid-January 2018, Anneliese Demos thought she was a Canadian. Anneliese is a 39-year-old Winnipeg woman; she has been married for 19 years, has four children, pays taxes every year and works two full-time jobs. But on Friday, January 12, 2018, she got a mail that proved that she is a “Lost Canadian”.

My life is here, said Anneliese. Demos came to Canada when her parents moved from Paraguay to Steinbach, Manitoba in 1980, she was only two-years-old. Till now, she still has her government-issued citizenship card issued then.

Due to a law that requires second-generation Canadians born outside Canada to re-apply for citizenship before they reach the age of 28, Anneliese was labelled as a “Lost Canadian”. The law was repealed by the Harper government in 2009 but it was not made retroactive.

Do you need a Visa for travelling to Paraguay?

You are required to hold a valid visa to enter Paraguay, no matter your purpose for traveling to the South American country. If you land at the Asunción Silvio Pettirossi International Airport, you may obtain a visa on arrival, however, you will be required to pay US$150 in cash. The Paraguay visa will be valid until your passport expires.

If you are not satisfied with the benefits and features offered by a single policy, you can buy more than one travel insurance policy. However, you are not allowed to double dip when doing so.

You can buy Paraguay travel insurance the day you leave. Some insurers now offer usage-based policies that can be purchased on the go and even managed seamlessly.

The length of time it takes to receive an outcome for your claim depends on the type of claim involved but if you provide necessary documents to your insurer, you should get an outcome in 10-14 business days.

Insurdinary
4.9
Rachel Boisvert
George was friendly and knowledgeable, highly recommend.
Adam Diamond
George was helpful quick and knowledgeable with helping me find something suitable and that worked best at that. I definitely recommend Insurdinary for all of your insurance needs. Thanks George!
Serena Hill
Very polite and courteous! Def a thumbs up ☺️
Dee Garrett Van Erp
We had an excellent experience with Insurdinary. We strongly recommend them for insurance. Very pleasant to speak with. Fast and easy. We will be telling our family and friends all about it. Give them a call.
Edward Fayer
The easiest way to find an insurance plan that works for you!
Nicole Florendo
Get Quotes and Compare the lowest and best insurance rates now!
Riko Rikondjerua Karamatha
Insurdinary is just awesome !!! Quick easy and friendly service . Thank you for providing insurance for me and my family.
Widya Febrina
Thank you so much George for your help , you so quick to respond me back and help me lots everything done so quickly. The best services ever. I will recommend to all my friends . Thank you so much I do really appreciated it..
Maria Apples Pie
Very helpful very easy....good job.
Vicky Green
It was a pleasure talking with George He was very polite.
Louise Smook
It was a pleasure speaking with you today:) Answered all my questions and found the best plan for me to meet my needs at the best price. Thanks again , George!
Nita Swammy
It was a great working with you George, me and my mom appreciate your services to get our insurance coverages setup quickly. You answered all of our questions and we would recommend you to others. Thanks!!!
Emma Woodhouse
It was a pleasure to work with this team. They have answered all of my questions; provided me great quotes which addressed all my needs. Thank you.
Bob Schulz
Daniel Veremchuck
It was super easy to get a quote online. Amazing people work there providing you with the best option and customer service.
Gabi Fish
Thanks George for a great policy:)) I will definitely recommend you guys to my friends.
Rinat Chalmiev
Joseph Agronov
Was a great pleasure working with George! He was able to get my client home insurance, and provided several different quotes with different options for them. Extremely patient and helpful! Was a fantastic experience and my client was very happy. Thanks again will definitely continue to work together!
Roman Ch
Great user experience navigating Insurdinary. Received a quick quote and I will be looking to purchase insurance thanks to their help.
Edward Fayer
Eking Vinluan
Martha Hodgins
Kathy Posa
I enjoy working with this organization. We are growing rapidly and am extremely happy to be part of this journey �
Sam Pasternak
Sher Ynv
George was very helpful, friendly and patient! He took the time to answer my questions, when I asked for a quote , I get an ema right away with the information , always willing to follow up. Overall good experience
David Mataev
got a quote and applied online in minutes!Got myself a saving of 400$, good stuff!
Bardhyl Sk
... Yes ... I am pretty happy and will recommend the people to come with this insurance website ...
David Solomonov
Next Reviews
Write a review
powered by Facebook