Get Travel Insurance now and discover more about Iceland 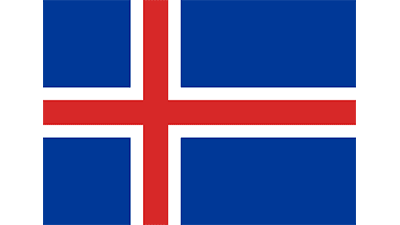 Iceland is exactly as its name entails. Some of the attractions in the Nordic island nation will blow your mind. From the Golden Circle and Skogafoss to Jokulsarlon Glacial Lagoon and Vatnajokull National Park, Iceland is bustling with lots of attractions and wonders.

Canadians travel to Iceland for several purposes which include tourism, trade, business, and investment. Iceland is an important trade partner for Canada; in 2017, Canada’s exports to Iceland were $79 million and imports were $98 million.

When traveling to Iceland, Canadians need to make sure they have the right Iceland travel insurance or private medical insurance to ensure that they are covered all through their stay in the Nordic island nation. With appropriate coverage, you will be protected in the event of medical emergencies, accident, illness or hospitalization.

To get an instant quote on Iceland travel insurance, click here.

Some important information on Iceland Travel Insurance that we think you’ll want to know before you travel.

The decision to visit Iceland is yours and you are also responsible for your personal safety abroad. However, we provide you reliable and relevant information in our Travel Advice to help you to make well-informed decisions as regards traveling to the Nordic island nation.

Every country or territory decides who enters or exits its borders, Iceland is not an exception. The Government of Canada will not intervene on your behalf if you do not meet Iceland’s entry or exit requirements.

The information on this page was obtained from Belgian authorities; however, it can change at any time. Moreover, you can verify the information with foreign diplomatic missions and consulates in Canada.

Your entry requirements to Iceland depend on the type of passport you use for travel. Check with your transportation company about passport requirements before you leave.

Healthcare services in Iceland are controlled by the state. In other words, there is no private healthcare sector in Iceland. Moreover, the Icelandic health care system is one of the best in the world but medical treatments could be expensive especially if you do not have an Iceland travel insurance policy. When traveling abroad, you also need to travel with enough money to cover potential costs and the right travel insurance for the coverage you need.

For more information about healthcare in Iceland, click here.

Iceland has a population of about 330,000 and up to 90,000 residents own guns, representing about one-third of the population, according to GunPolicy.org.

Also, research conducted by the Flemish Peace Institute in 2015 shows that Iceland has one of the highest rate of household gun ownership in Europe.

But, surprisingly, it has not had a murder due to shooting since 2007, a clear contrast with the United States.

In the U.S. 3 in 10 adults own a gun and about 11% live with someone who does. The Gun Violence Archive reported that firearms have caused a whopping 5,743 deaths in the U.S in 2018 alone.

An NBC News article published recently shows that the two countries have a mutual fondness of guns but they handle the weapons differently. The difference lies in how guns are acquired in both countries. A firearm can be bought at a store within minutes in the U.S. but Icelanders who intends to possess a gun must attend lectures and learn about firearm history, laws and safety.

Do you need a Visa for travelling to Iceland?

You can buy multiple Iceland travel insurance policies if you are not satisfied with the features and benefits offered by a single policy. However, you are not allowed to double dip in doing so.

You can purchase Iceland travel insurance the day you leave for Iceland or even later. Insurers now offer usage-based policies that can be easily purchased and managed as much as you want.

Insurdinary
4.9
Serena Hill
Very polite and courteous! Def a thumbs up ☺️
Dee Garrett Van Erp
We had an excellent experience with Insurdinary. We strongly recommend them for insurance. Very pleasant to speak with. Fast and easy. We will be telling our family and friends all about it. Give them a call.
Edward Fayer
The easiest way to find an insurance plan that works for you!
Nicole Florendo
Get Quotes and Compare the lowest and best insurance rates now!
Riko Rikondjerua Karamatha
Insurdinary is just awesome !!! Quick easy and friendly service . Thank you for providing insurance for me and my family.
Widya Febrina
Thank you so much George for your help , you so quick to respond me back and help me lots everything done so quickly. The best services ever. I will recommend to all my friends . Thank you so much I do really appreciated it..
Apples Pie Maria
Very helpful very easy....good job.
Vicky Green
It was a pleasure talking with George He was very polite.
Louise Smook
It was a pleasure speaking with you today:) Answered all my questions and found the best plan for me to meet my needs at the best price. Thanks again , George!
Nita Swammy
It was a great working with you George, me and my mom appreciate your services to get our insurance coverages setup quickly. You answered all of our questions and we would recommend you to others. Thanks!!!
Emma Woodhouse
It was a pleasure to work with this team. They have answered all of my questions; provided me great quotes which addressed all my needs. Thank you.
Avital Solomonov
Bob Schulz
Daniel Veremchuck
It was super easy to get a quote online. Amazing people work there providing you with the best option and customer service.
Gabi Fish
Thanks George for a great policy:)) I will definitely recommend you guys to my friends.
Joseph Agronov
Was a great pleasure working with George! He was able to get my client home insurance, and provided several different quotes with different options for them. Extremely patient and helpful! Was a fantastic experience and my client was very happy. Thanks again will definitely continue to work together!
Roman Ch
Great user experience navigating Insurdinary. Received a quick quote and I will be looking to purchase insurance thanks to their help.
Edward Fayer
Eking Vinluan
Martha Hodgins
Kathy Posa
I enjoy working with this organization. We are growing rapidly and am extremely happy to be part of this journey �
Sam Pasternak
Sher Ynv
George was very helpful, friendly and patient! He took the time to answer my questions, when I asked for a quote , I get an ema right away with the information , always willing to follow up. Overall good experience
David Mataev
got a quote and applied online in minutes!Got myself a saving of 400$, good stuff!
Bardhyl Sk
... Yes ... I am pretty happy and will recommend the people to come with this insurance website ...
David Solomonov
Next Reviews
Write a review
powered by Facebook